My name is Ben Abbatangelo and I’m the Deputy CEO at AIME.

I’m penning this note as I tackle the last leg of what has been an immensely rich 10 days in Africa.

My Sydney to Melbourne flight is about to take to the skies and I’ve got some dynamically diverse feelings pumping through my veins. It’s the most euphoric exhaustion I’ve ever experienced. Perfectly weird and wonderful to say the least.

Euphoria is an extreme feeling. It’s categorically overpowering and I’m able to grasp it because I’ve been fortunate enough to experience the generosity of human spirit that ‘Mama Africa’ beholds. I’m also holding this feeling because I’m living a life at 24 years of age that I’d visualised attaining at the age of 50+. If it can be seen then it can be done… Ain’t that the truth? 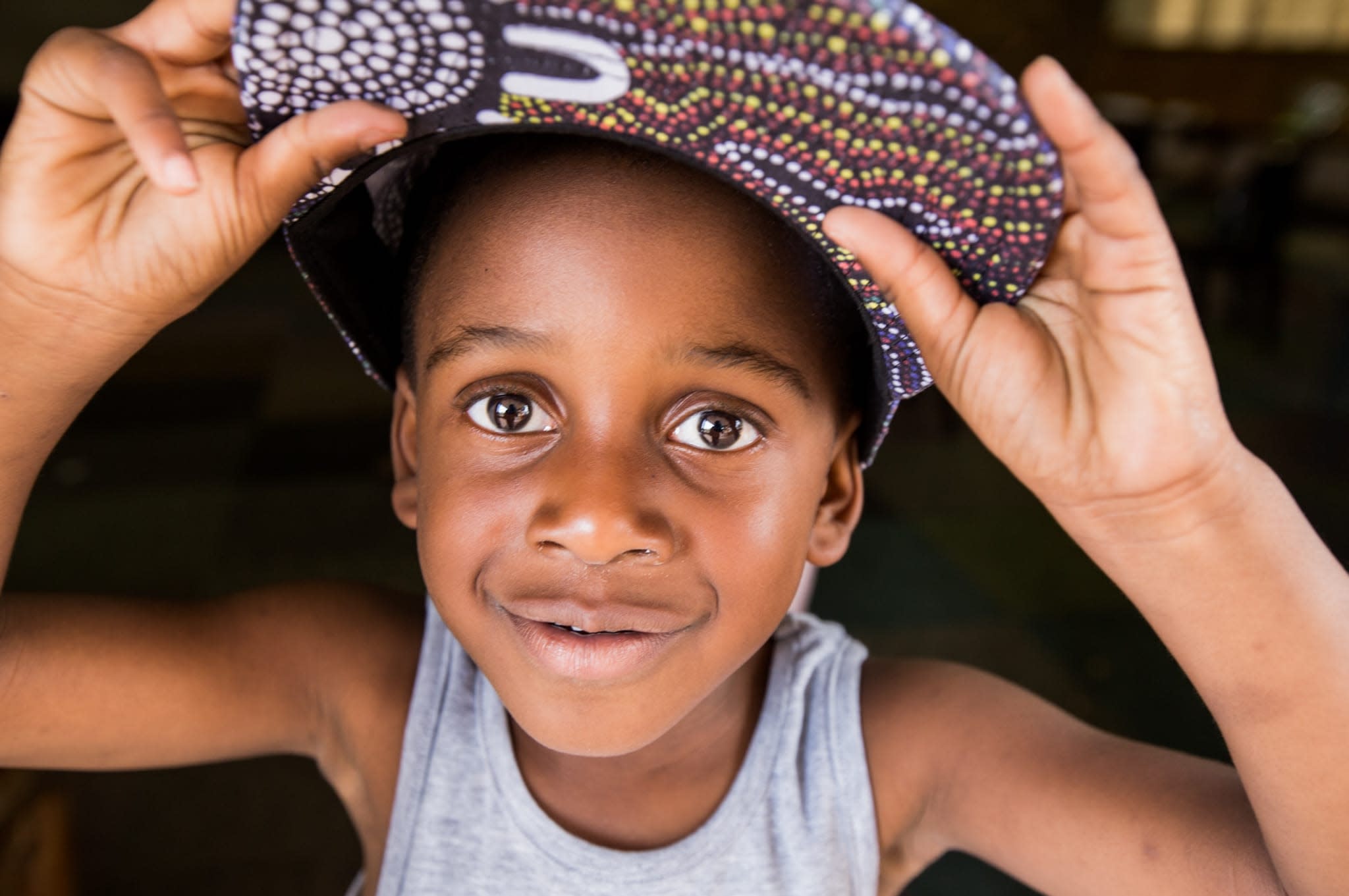 Photo credit: Jake Trindorfer - AIME in Africa has a heartbeat. It has a future. And so does this youngster.

Being above the clouds and looking over the land and seas is when I do my best reflection. My mind wanders as I have a Peter Pan view of the planet and it’s in this very moment that I’m looking back on what we’ve collectively achieved.

Seeing AIME sing in Africa shouldn’t come as a surprise. We’ve effectively built a bridge between the two oldest civilisations in human history - Indigenous Australians and the first peoples of Africa. We’ve taken AIME to the world and bought the world to AIME.

And I’m bloody proud of that.

I’m proud to have reached out to a bunch of people and have those like Noam Chomsky answer the call.

I’m proud to know that Jack sat on stage with Richard Branson a number of years ago to launch the South Australian program. Following on from that, Richard shared my story, which is our story, on his social media. 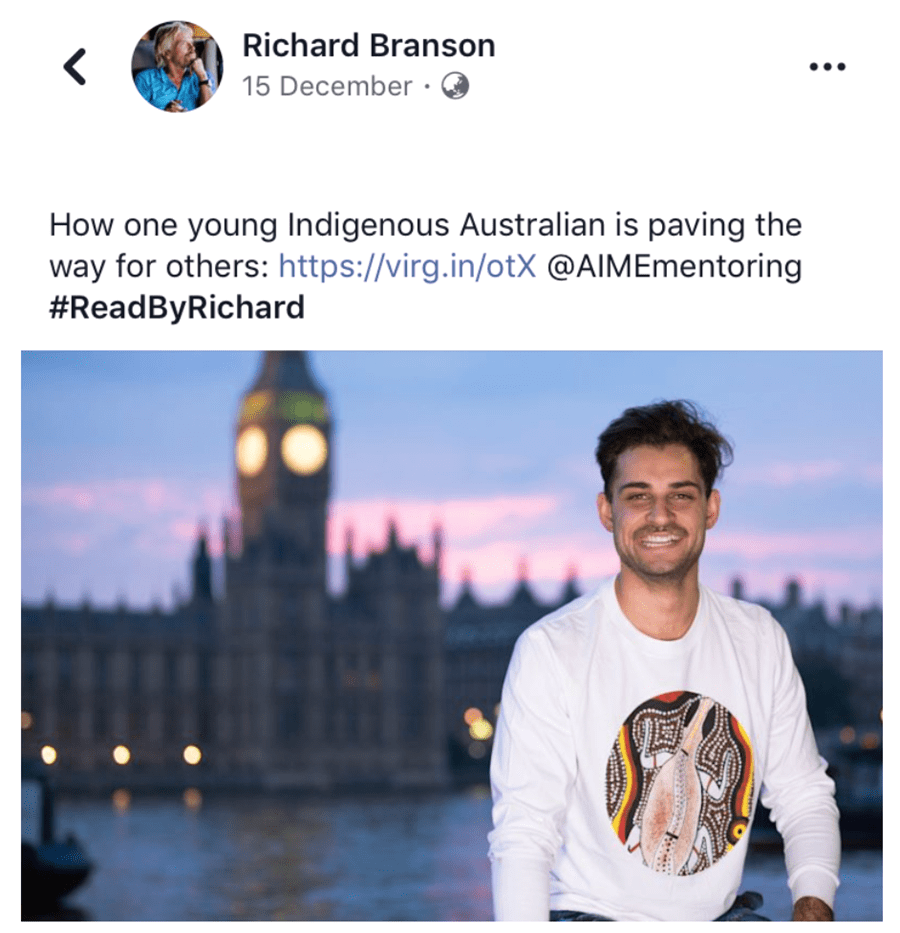 And I’m proud to know that there’s a suite of wonderful human beings like Taylor Schilling, Taika Waititi, John Butler, Patrick J Adams and Yael Stone (to name a few) who have joined us to sprint this marathon of change. These are people who otherwise would never have heard about the story if it wasn’t for Jack’s vision to charter new terrain that was yet to be trekked.

I’m proud to put Indigenous Australia on the world stage where we belong and I hope that my story can show kids out there that we can be more than heroes of our own postcodes. 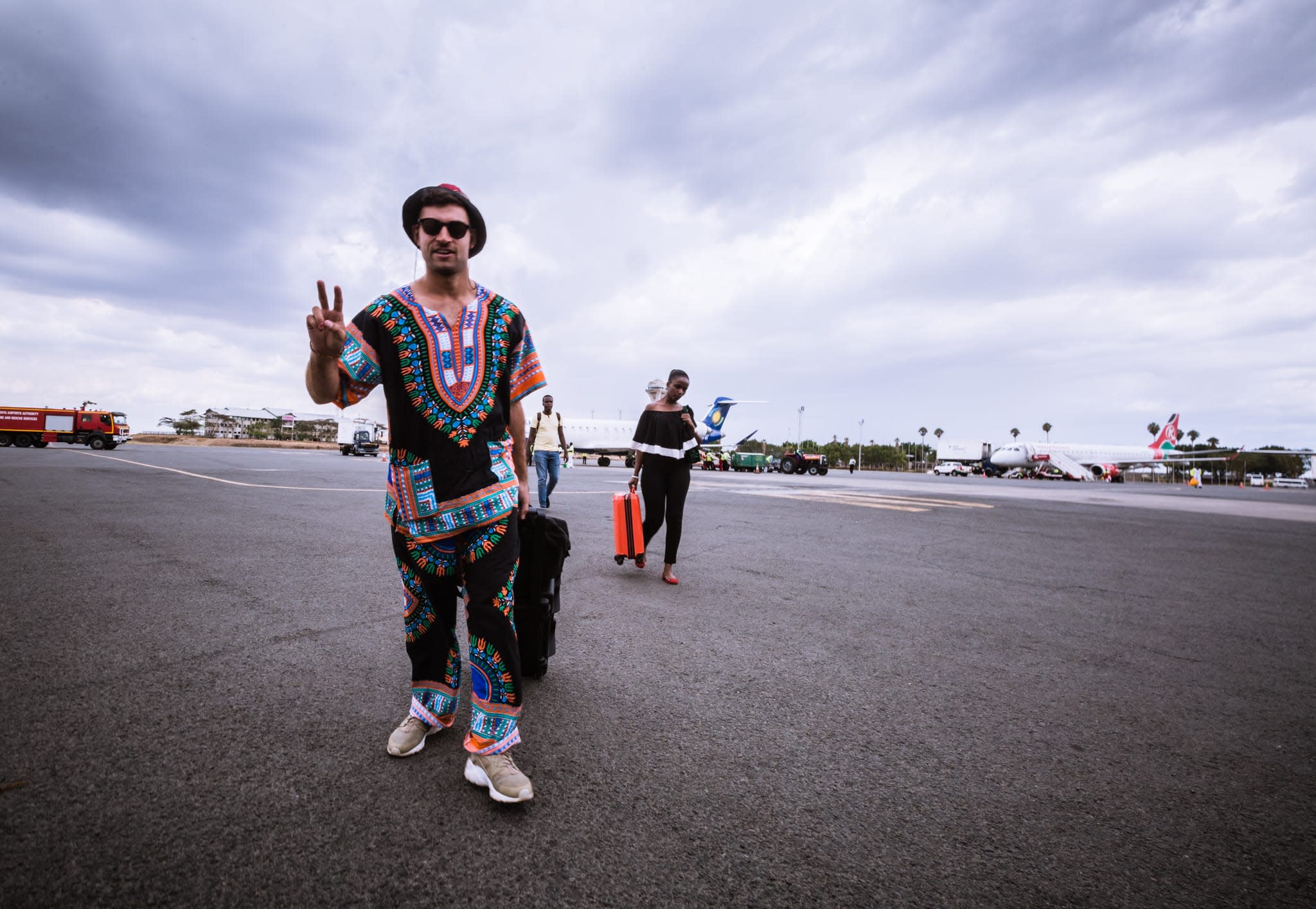 Sitting in Shyaka’s (our OG Mentor in Kampala) family home last week got me thinking deeper about the true essence of AIME. Because there we were, complete strangers coming together like we’d known each other for a lifetime. It’s through these moments of human connection that show me how much better we are together. Photo credit: Jake Trindorfer - From Entebbe airport to Shyaka’s family home. Thankful for the traditional Ugandan feast and hospitality that the family showed us. Special!

So I started hypothesising further about what this movement has been universally built on and I reckon there are two fundamental currencies that have provided the framework.

A touch over 70 years ago the US detonated nuclear weapons over Hiroshima and Nagasaki in Japan, killing roughly 130,000 people and leaving mass destruction in its wake.

It’s because of these same currencies and principles that Japan has been able to rebuild itself to what it is today.

Trust and human kindness is the heartbeat to change its what is fuelling us.

Trekking to different corners on the globe over the last 12 months has taught me a lot. I’m constantly testing the human potential and breaking down so many assumptions along the way - and I don’t have to give up my Aboriginal identity to do so.

This time last year, we hadn’t yet gained our boards approval to take AIME outside of Australian borders. 365 days later, we’re coming home from Africa with absolute conviction that the program will sing. 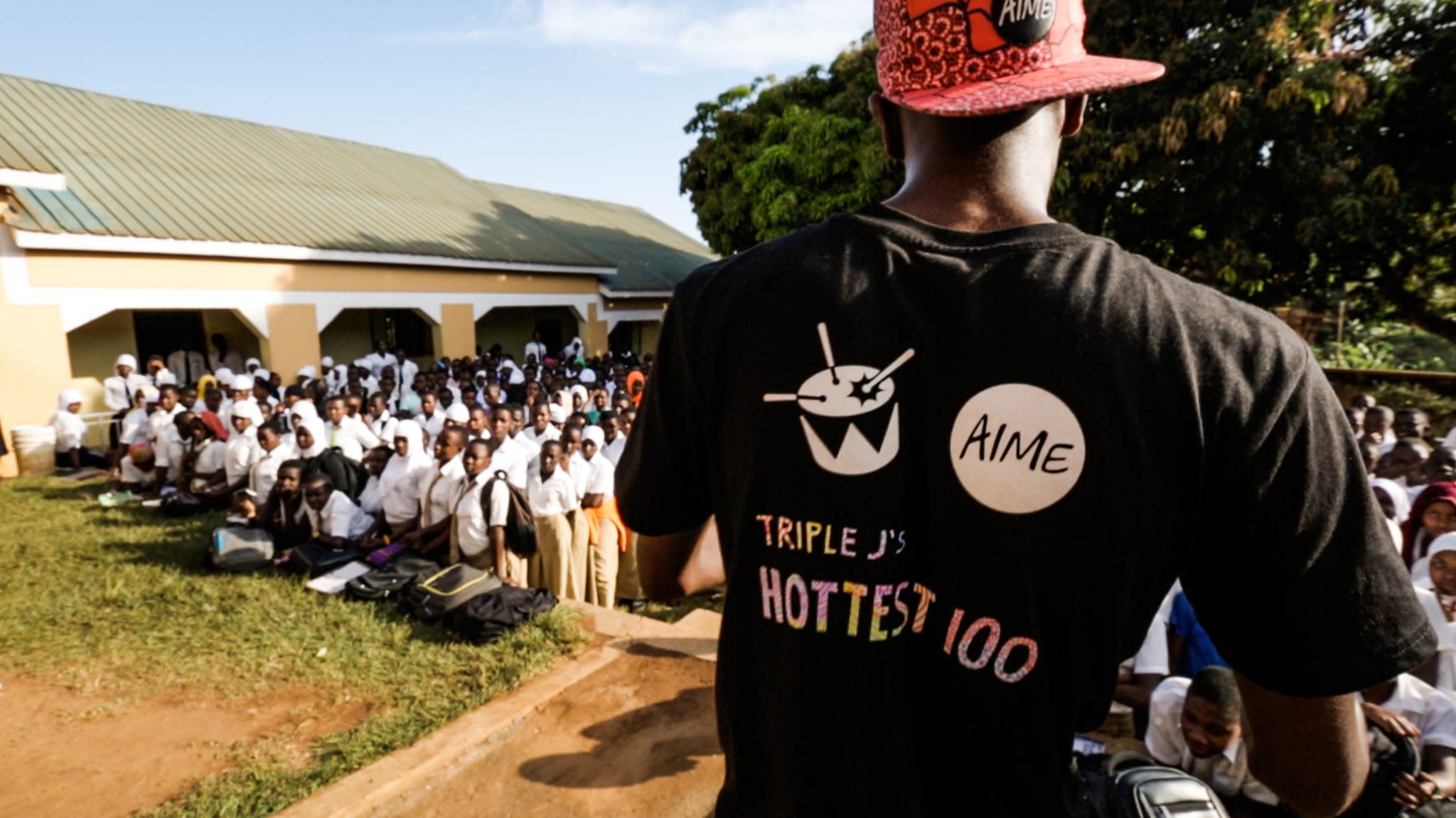 It’s fitting that the first school signed on as a partner outside of Australia is called Hope Secondary. We are going to be bringing hope to Hope Shyaka Lagwande

We knew that giving AIME away was the moral and ethical thing to do. Ray Charles once said that “we don’t own the notes” and we’ve got a program that simply works in the most scalable, cost effective and repeatable manner, so instead of holding onto it, why not give it away and be a proactive part of the solution, one kid, community and country at a time?

We also knew that it would thunderclap the attrition in Australia, bringing voices and energy to our efforts at home that will fast track us to reach the end destination. We’ll work with 10,000 kids on Australian soil this year - a number that was once scoffed at. 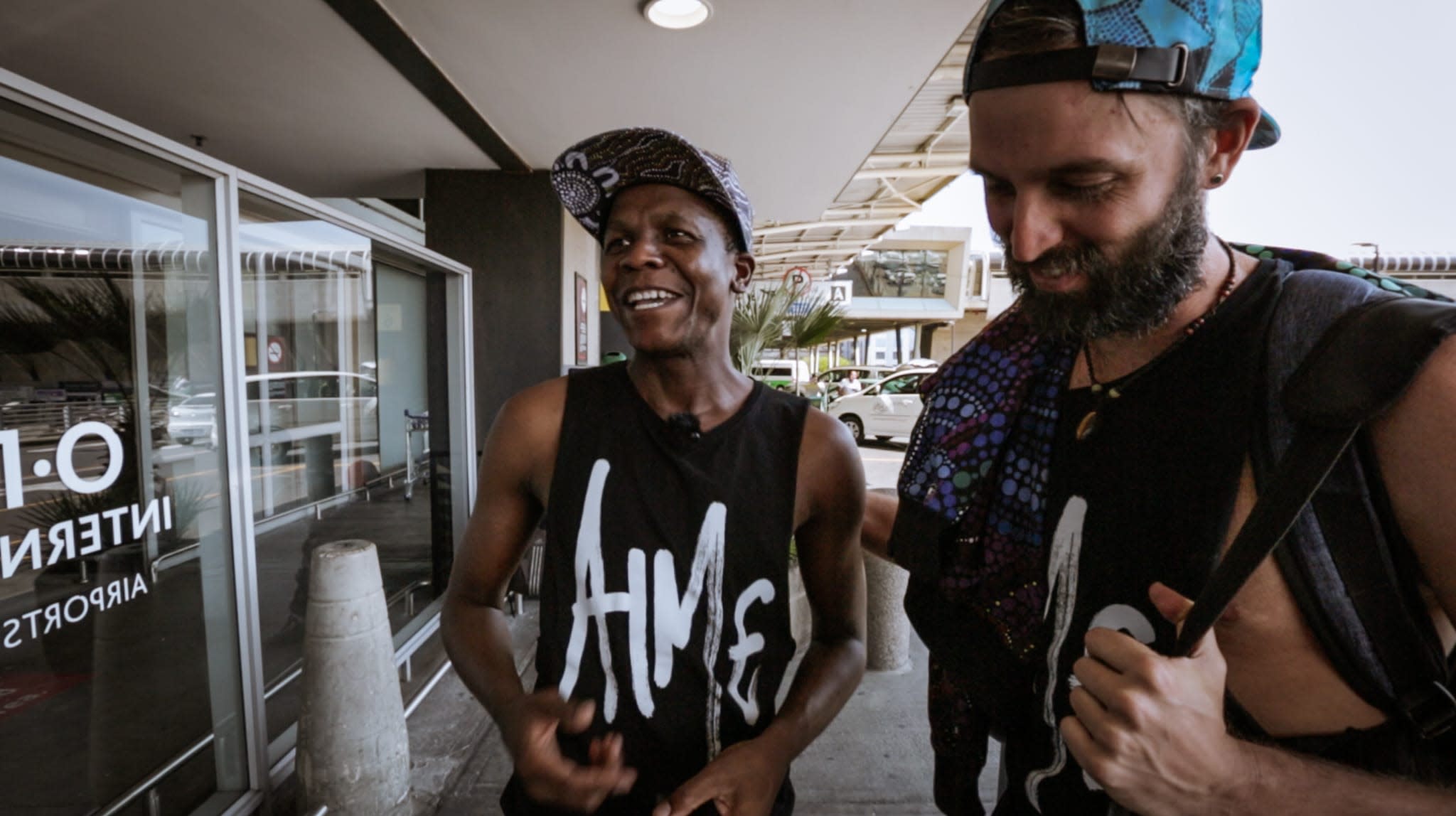 If we are going to paint a infinite narrative for the kids that we are mentoring across continents then we better embody ideals that are reflective. We’ve gotta be the ones who are brave and courageous enough to bring the unseen to life and make it the new normal.

I’m convinced more than ever that we can be the ones who rewrite human history and that this movement, which has cultivated at the bottom of the world, can be the nucleus to change that hasn’t been seen before.

Greatness is the only option and we will not be afraid to achieve it.

Let’s continue to be the brave ones that fight for good. The ones that can look back in 40 years time and know that we stood up and made the greatest possible difference.

Oh, and Mum, you were right... The world really is our oyster!

Until next time Africa. 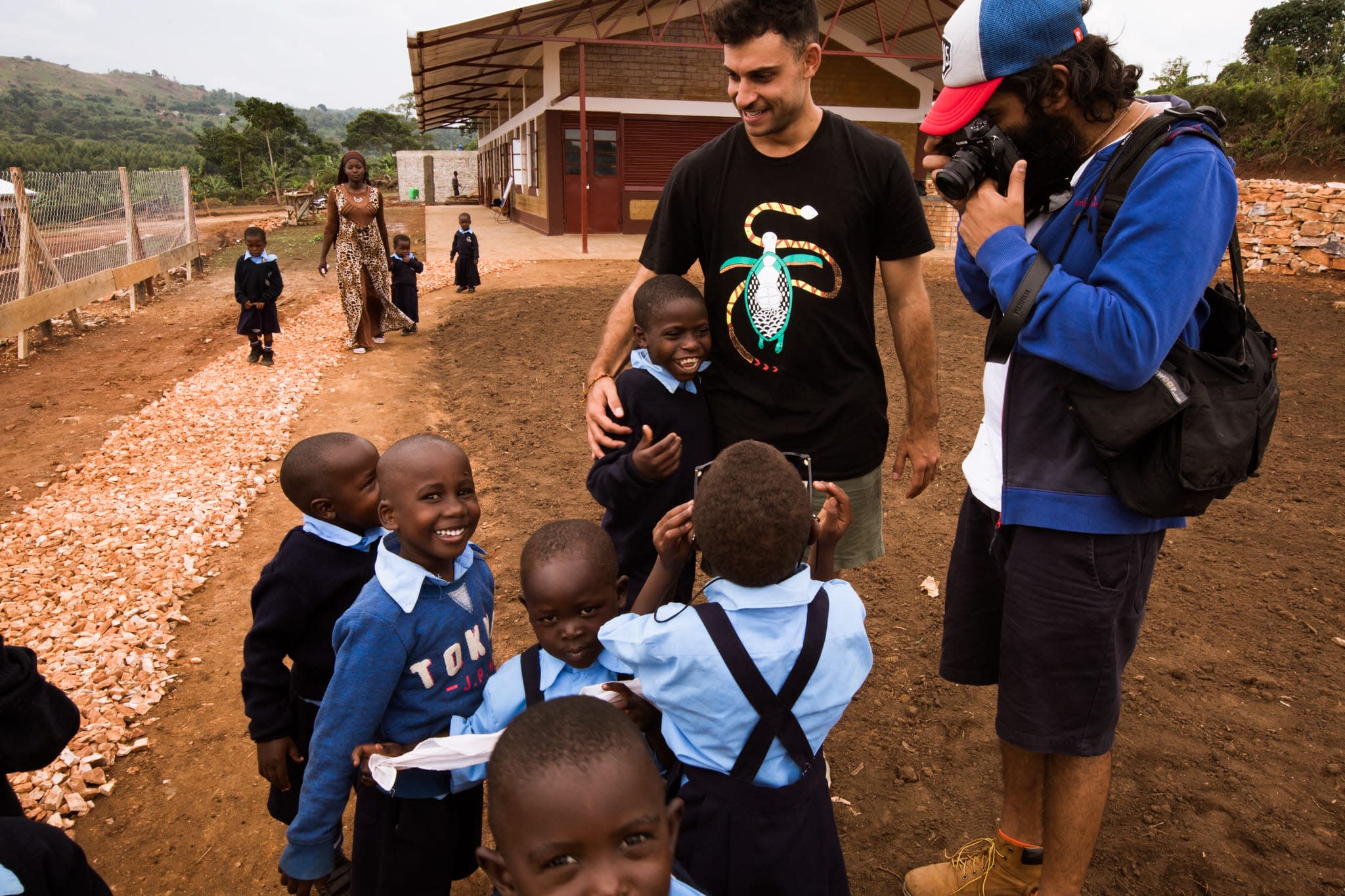 Photo credit: Jake Trindorfer. Magic moments at the School For Life with Kabir and the team.
Ben Abbatangelo5th March 2018
keyboard_backspace Back to Stories