Look up the word, ‘kindness’ in the Oxford Dictionary and you’ll find that it is defined by: ‘The quality of being friendly, generous, and considerate’.

When you are dropped in a Subaru outlander 15,979kms away from the sunny beaches of Sydney and instead are placed amongst the tall buildings of New York with the sole intention to fill a chartered plane which flies 200 US College students to Australia in four-months time without knowing a single soul; your instincts tell you kindness is going to be the only thing that gets you through the next month on the road. :)

Studies show modern Americans have nine close friends and 73% of Americans are satisfied with the number of friends they have. Well, in true Shauny Edwards form I have become the 10th friend along this journey. I have travelled 1,892km by car since leaving New York, driving to Philadelphia, Washington DC, Columbus, Chicago and Milwaukee.

Let me take you for a walk on some of the random moments of pure kindness that has happened while driving the US highways: 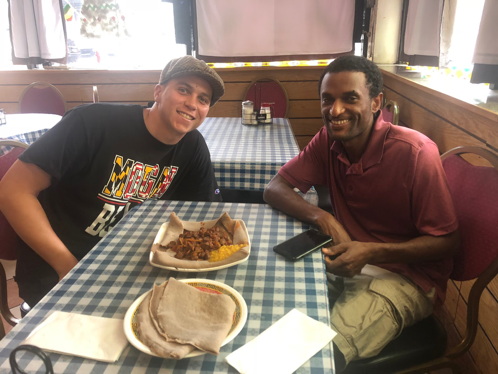 Magic Maker: Kassa // my brother from Ethiopia Washington DC is where the decisions are made. One swift use of the words to the right person and that conversation will effect billions of peoples lives instantly. I spent the morning visiting Howard University, a historically black College in Washington when my phone died around lunch time. As a 24-year-old millennial this isn't good! I was walking down the road attempting to find a charge station when I peered through a car door and asked Kassa if I could charge my phone in his car whilst he was waiting for his next Uber passenger, and much to my delight he accepted.

I sat in the car with this complete stranger awkwardly for about five-minutes until he started telling me about Ethiopian food and how much he misses home. When I was 14-years-old, I was sent to a boarding school in Melbourne from Darwin so we connected immediately over the pain of homesickness. I decided to ask him if there was any Ethiopian restaurants in the area, and if there was, I would shout him lunch. I’ll never forget the smile on his face in that moment. We went on to sit for an hour, sharing stories, laughing and of course enjoying the incredible injera. You just never know who you will meet and where the day will take you. Slow down. That email you think is so important can wait. This to me is living life and learning. 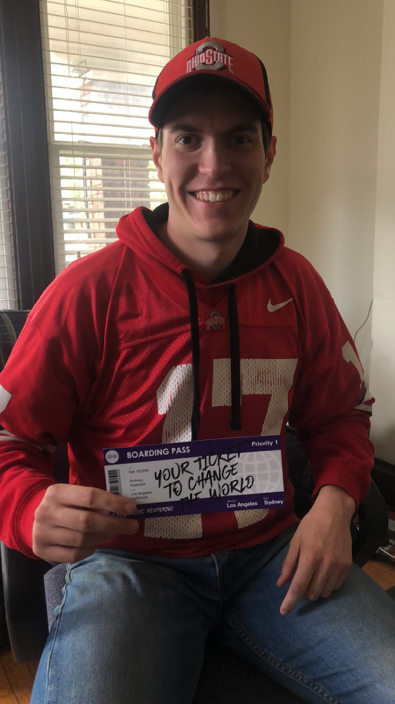 Meet Lucas. A 20-year-old with the world in front of him. He had absolutely no reason to organise a ticket for a casual Ohio State vs Minnesota Football game in Columbus with 100,000 people in attendance. But there we were, complete strangers one minute, arm-in-arm the next cheering for the Buckeyes. 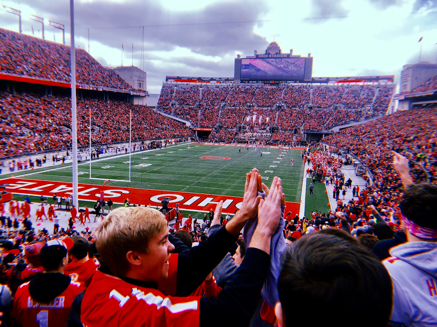 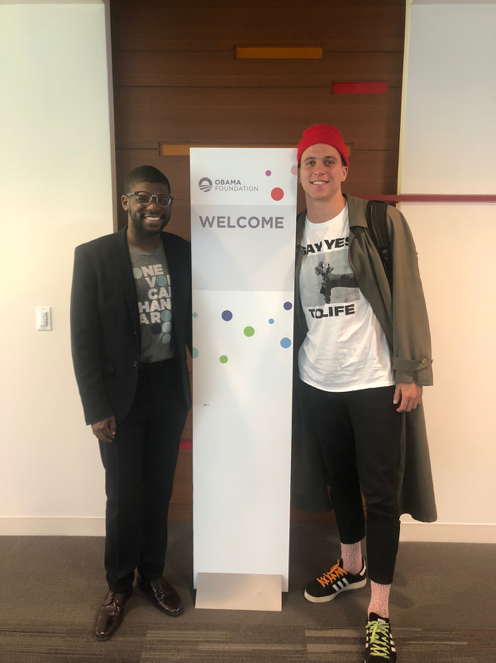 I walked into the Obama Foundation with absolutely no invitation. I sat in the lobby of a building founded by one the greatest leaders of our generation hoping to get 15-minutes of Mr. Obama’s time. Fake it til you make it, hey? As expected I did not make it pass security on the first attempt. I tried to use my charm. Where there is a will, there's a way. Turned away again. Back to the drawing board, which led me to connecting with the only four people I literally know in the US. Jack MB, Ella Charlton, Jason Maggs and of course now, Kassa.

Jason, who I’ve had the privilege of learning from whilst working in the Initiative office in New York, connected me with someone at the Obama Foundation which then led me to Jamie, a 25-year-old proud man who amazingly has already contributed so much back to the community in his short time on earth. We spoke for 45-minutes in the Obama Foundation about the beautiful work Mr. and Mrs. Obama have started and I cannot wait to get back to Chicago in years to come to collaborate and of course, get 30-minutes with Barack Obama himself.

From all this, I’ve learned that kindness comes in different ways. It’s a soft smile, asking someone if they’re okay, listening, making time, hugging, high-fiving, offering a hot plate or that even a simple ‘hello’ can change someone's day.

You don’t need to hire a Subaru and drive across the States to be kind, it can start this very moment, maybe put the phone down and be kind to yourself. 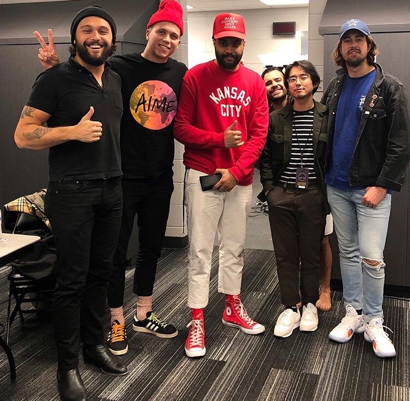 And if you hang in there long enough… you might just end up backstage with the Gang of Youths. :)
Shauny E xx