The Kindness of a Stranger

This Christmas, I received the ultimate gift. Thanks to the kindness of a stranger, my son Philip is still with me.

Philip, 14, is kind, wise and a budding artist. My gorgeous boy also feels everything, very deeply. He’s so sensitive, so complicated, and suffers from a mood disorder and anxiety.

This makes life difficult for him, even simple tasks like attending school and spending time with friends.

Logically, he knows everything is okay, but his feelings don’t match that. Even when he’s having a ‘good’ day, reading his beloved Spiderman comics while out and about with me, he is often suffering on the inside.

The first time I became aware Philip had called Lifeline was when he woke me up one morning at around 2am with the phone in his hand. He told me he’d been asked to wake me up because he “didn’t feel safe”. After a brief conversation with the Crisis Supporter, I was up, and minutes later, holding my son as he tried to get some sleep. 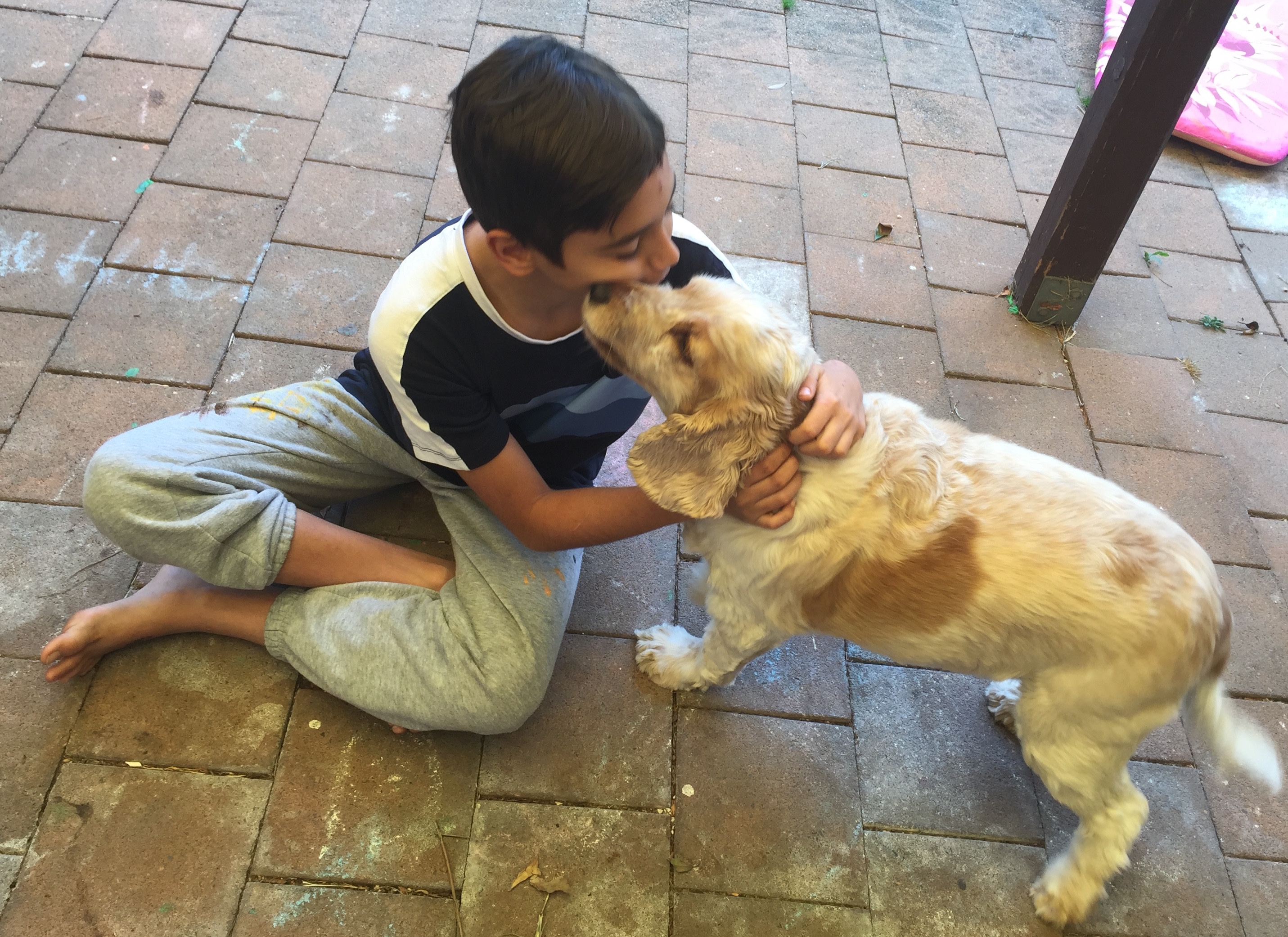 The Crisis Supporter saved his life that night, and many times afterwards. That’s what they do every day. Save lives, pulling people out of moments of despair to give their loved ones more time with them.

I worry about my son’s future. I worry he won’t ever get out from under this. I’ve tried everything, accessing every mental health service I can find, but so far nothing has helped as much as I’d hoped. Lifeline is always there to pick up the slack, catch him when he falls, and step in when I have missed the signs that his life is in danger again.

I will never be able to explain how grateful I am.

Every night I go to sleep worried he won’t make it to the night. Every morning I wake up and race to his room to check that he’s alive. There are so many families around the country and the world living with this fear. It’s exhausting, it’s isolating, and it’s worth it. Because my son is still with me.

I can’t remember the last time I’ve had a full night’s sleep.

I’m doing everything I can to keep Philip safe. We see a psychologist, he’s on medication and we have the support of family and friends. The thing is, it’s not about external problems for Philip. The monster is in his head. His suicide attempts are not cries for help, they are a direct result of his mental illness.

If I had one wish this year, it would be that Philip never had to feel like this again. But since I can’t make that wish come true, all I can ask is that someone is always there for him. Someone to pick up the phone when he calls. That’s where Lifeline comes in. They do an amazing job, providing kindness and a listening ear when people reach out in moments of despair or loneliness. The thing about Lifeline is that you never know who has called them, or who might need to call. Every day when I’m out in a crowded place, I look around and think: “Chances are that at least one of these people will need to call Lifeline someday.”

Mental health is such a silent struggle, and too often we don’t know someone is struggling until it’s too late. 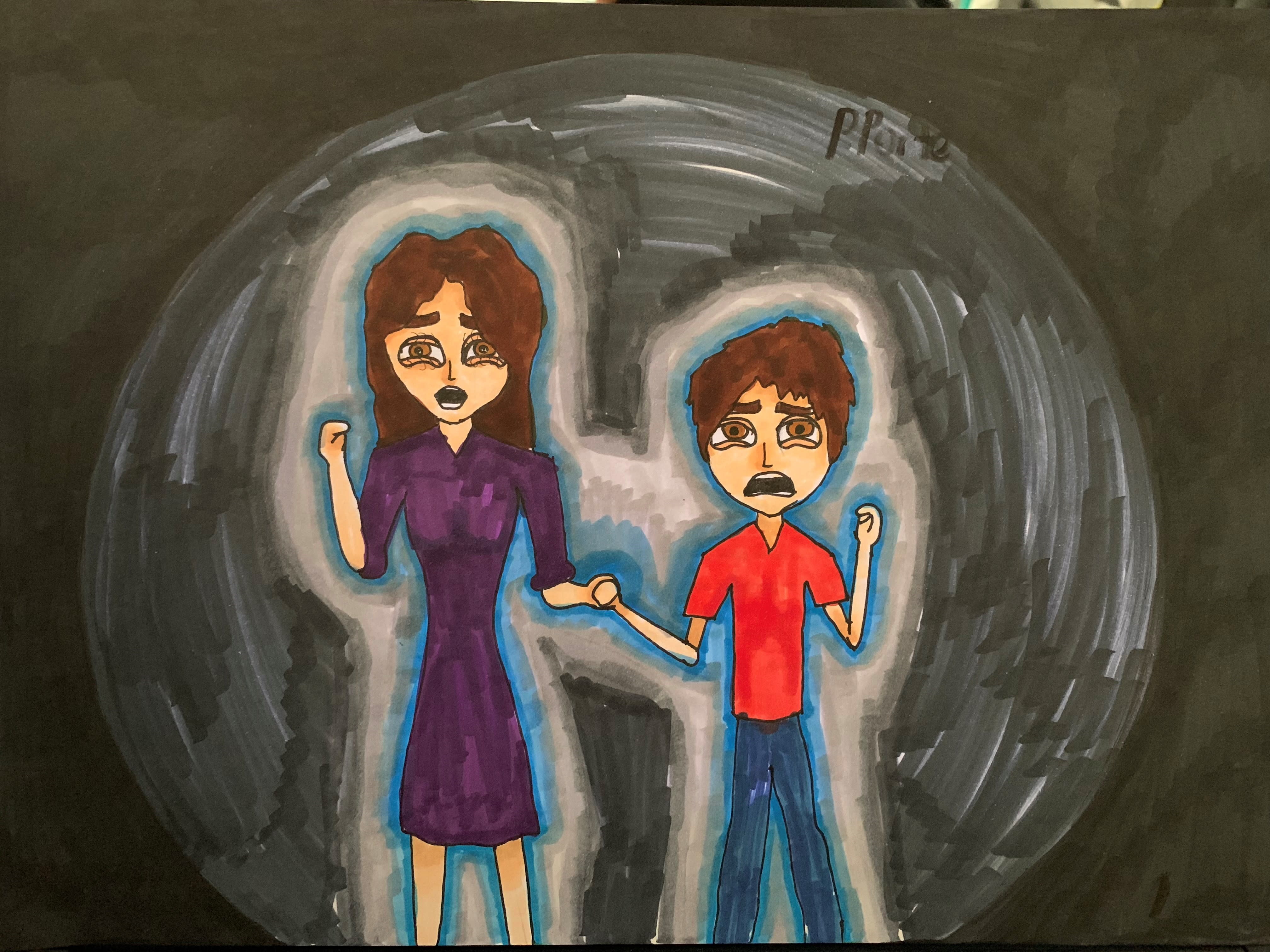 Since coming out of psychiatric care, Philip has created an artwork that perfectly reflects what it’s like to be fighting mental illness. He says it’s a drawing of him and me. We are standing next to each other holding hands and screaming, but we are in a void and nobody can hear us. It’s a perfect description of a struggle that is often invisible and misunderstood. Which is why it’s so difficult to fight. The drawing made me feel so sad that it has to be like this at all, but also happy he realises I am right next to him, fighting the good fight.

He isn’t alone, and neither am I.

The next person to call Lifeline could be someone you know. It could be my son, it could be yours. It could be your partner, your neighbour, or your friend. What I know is that Crisis Supporters are incredible people, who spend hours away from their own families and friends to be on the phone at Lifeline. I know that their crisis support works, and I am eternally grateful for the kindness of these incredible strangers.

This year, Lifeline will be triple j’s charity partner for the Hottest 100. We encourage everyone to vote for your favourite song of 2018 at https://www.abc.net.au/triplej/hottest100/18/ and support this wonderful service by donating or buying a t-shirt at: https://www.lifeline.org.au/su...