A 2,800km drive across the USA, a public address at 17 major events, conversations from corporate offices to Parliament House, and much more: Sherice Jackson’s year as AIME’s Co-CEO 2019 was a year to remember.

Could you be the next Co-CEO? Keep reading to find out what it takes and how to apply. 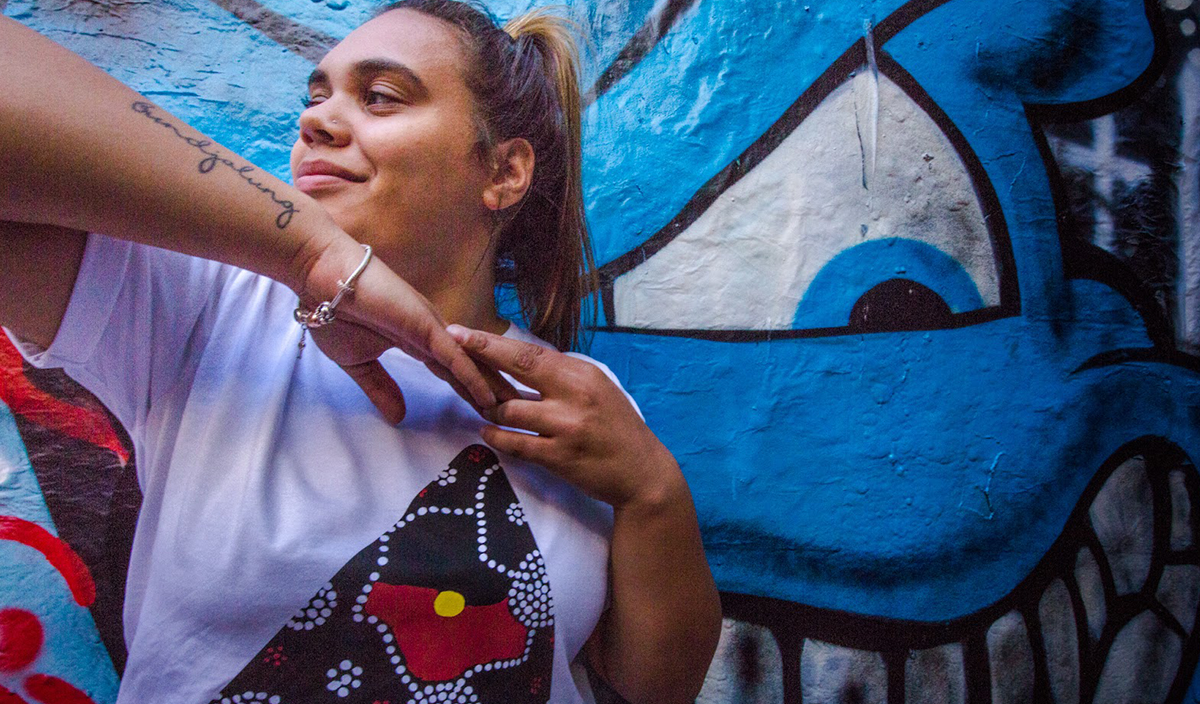 AIME friends, what a year it’s been!

The AIME Co-CEO 2019 program has been an incredible journey.

In just one year, I drove more than 2,800km across the US, recruiting for the Hooded Scholar program, addressed 17 major events (six of of which were at NAIDOC and Reconciliation week), attended four AIME board meetings, and was involved in four months’ worth of planning for our new Strategic Plan.

It has been amazing, fun, scary in parts, and has really taught me a lot.

To give you some insight into the Co-CEO position, I’m sharing some reflections on my journey over the last 12 months (and a little before). Here goes... 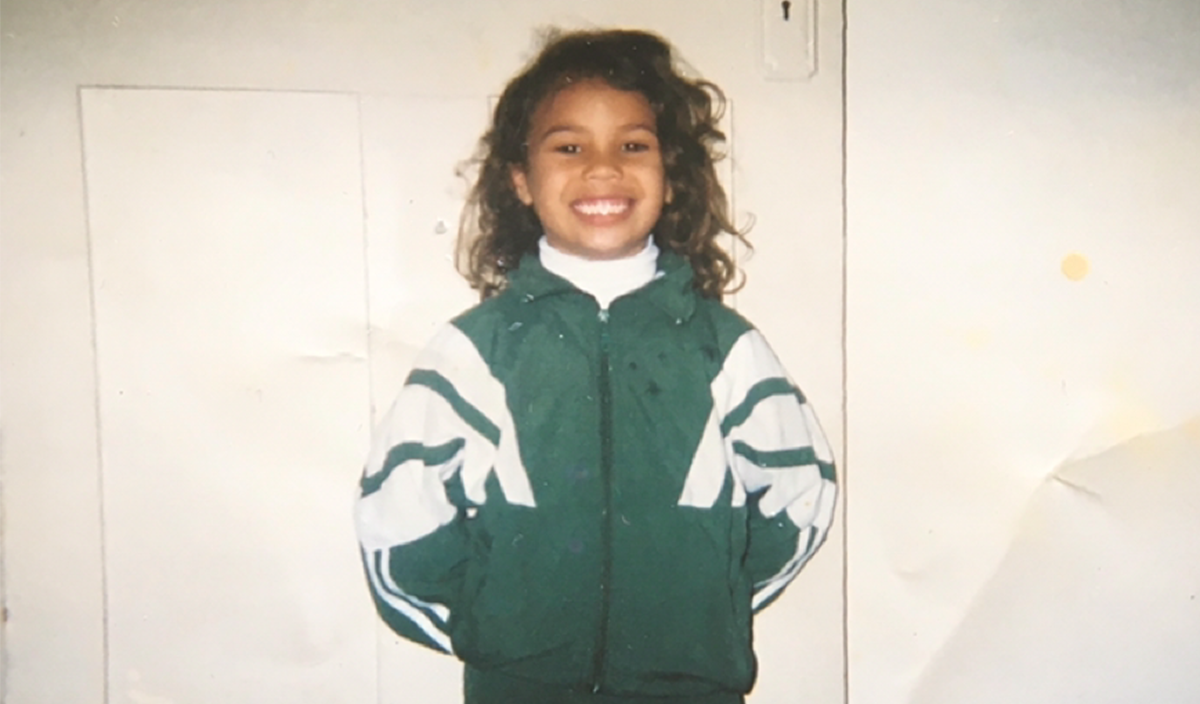 Growing up I attended three different primary schools, one in Sydney, one in Coffs Harbour and then one in Western Sydney.

School was always very hard for me. I had a lot of time off for family reasons and I couldn't really keep up. I repeated Year 1 and then really fell through the cracks.

That’s what inspired me to become a teacher. I want to be able to help students like me and make them care about education rather than resenting school like I did for so long. 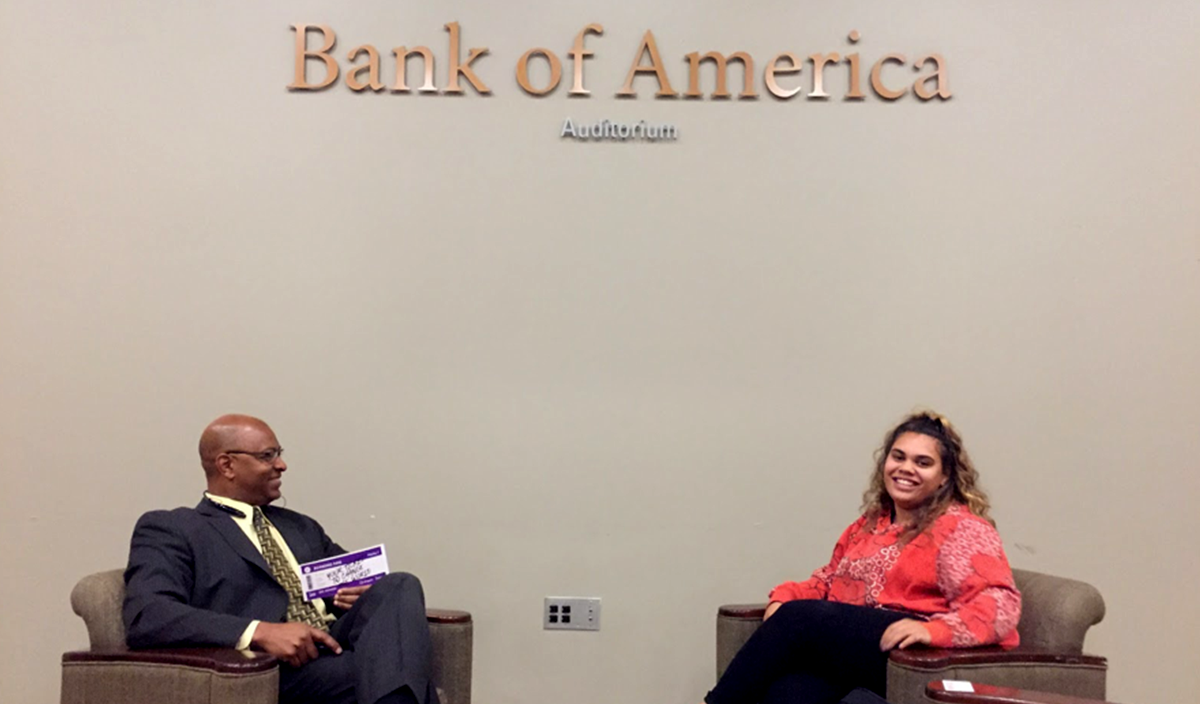 My first trip to America was on the Hooded Hustle in late 2018. I learnt so much about myself and how far I could push myself.

The biggest thing I learnt on that trip was that I wouldn't explode if I was faced with rejection. I had always feared rejection and now I was facing rejection every day from university lectures and potential Hooded Scholars.

This really helped me overcome the fear of the word ‘NO’. 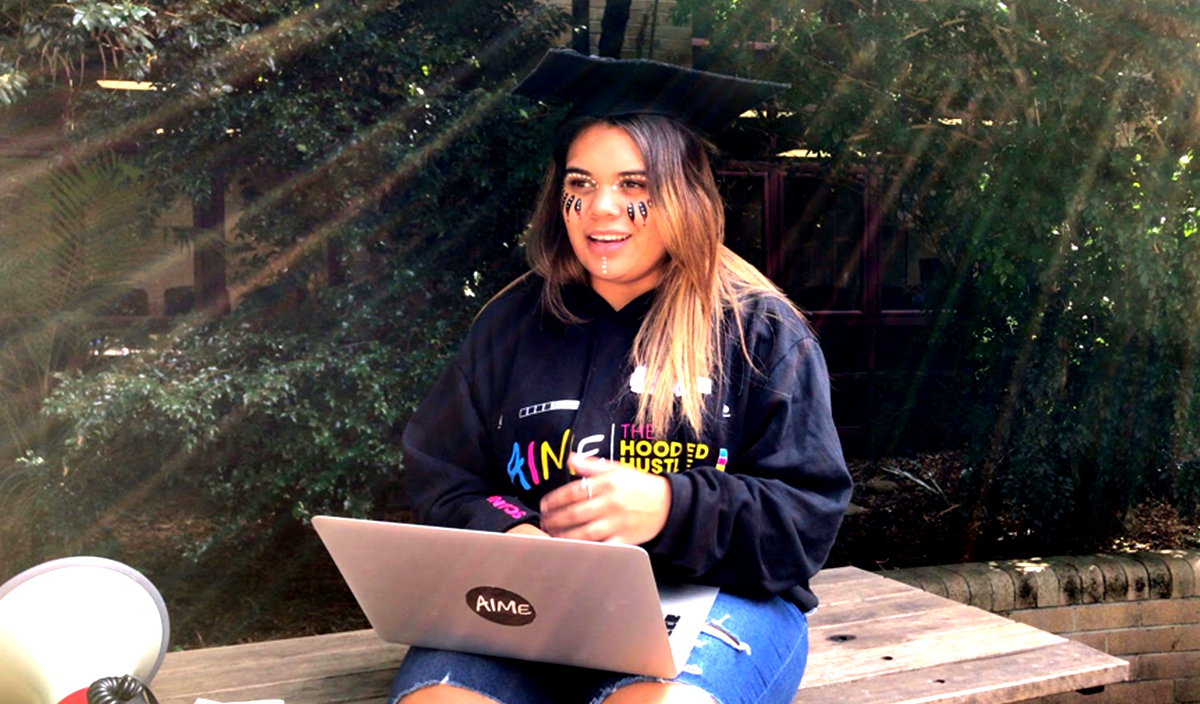 February 22nd 2019 - Wollongong, New South Wales - Sherice Jackson participating in the sidewalk show at the Festival of Mentoring on the day she was announced as Co-CEO. Photo: Jacqueline Gibbs.

The day I was announced as Co-CEO was the first time I spoke in front of all the AIME staff.

I was extremely nervous as I had many doubts about whether I was the right person for this role.

I am so glad I didn't let those doubts fill my head. It helped to talk to some of my closest friends and family members as well as people I look to as my mentors who told me that they believed in me. 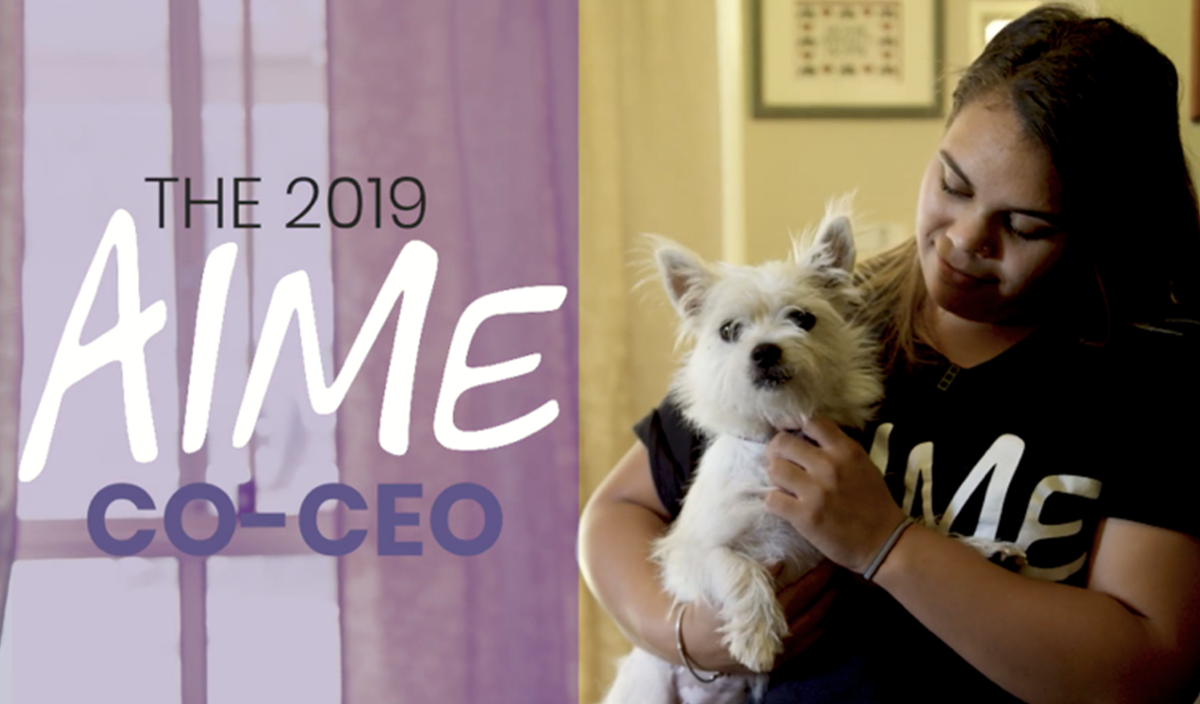 Filming this video was one of the hardest things I've had to do. I had to fully open myself up and be vulnerable to share my personal story and the struggles I have been through in life. I allowed everyone to take a look into my home and my life but I felt so free after doing it. 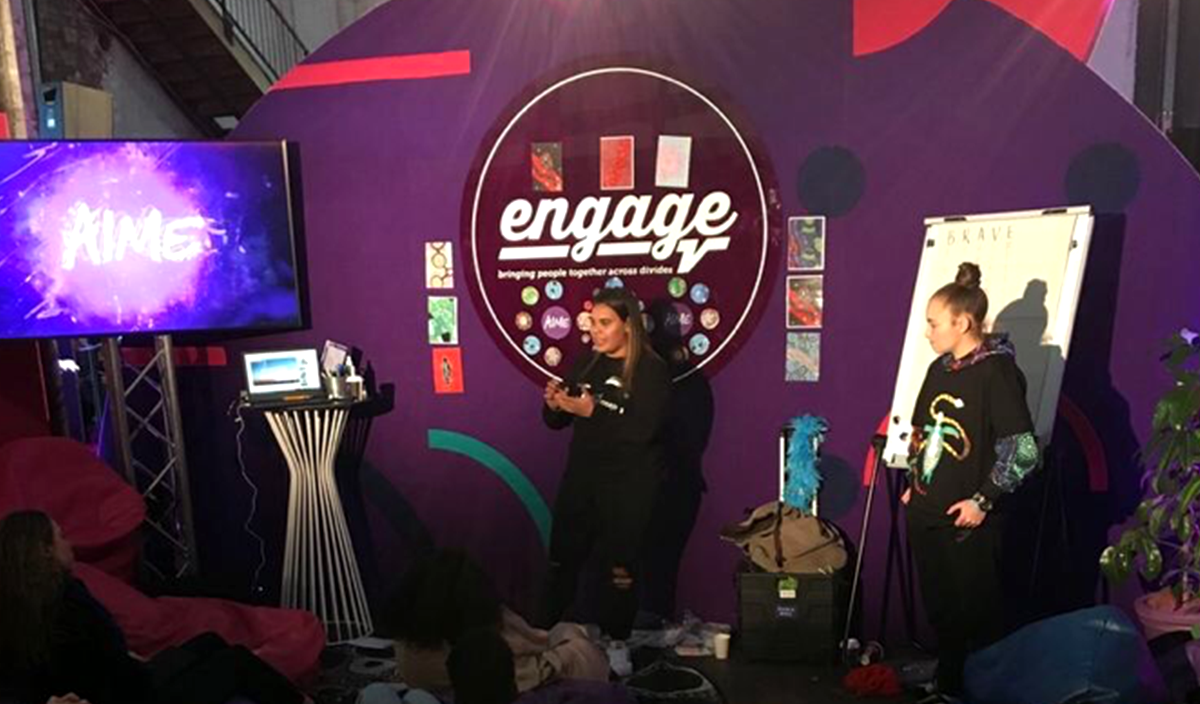 Throughout the year, I learnt how to communicate what AIME does and really work a room of young people.

My presenting skills have improved so much and I am a far more confident public speaker than I ever imagined. 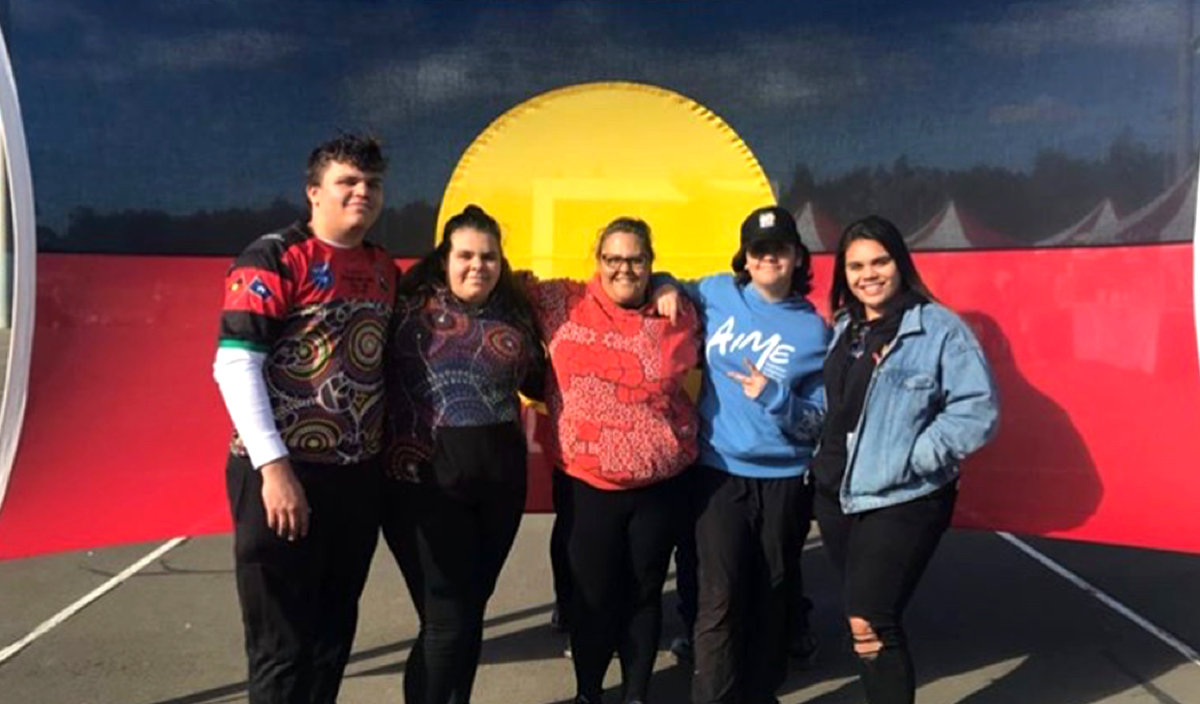 This year, balance was extremely important to me.

NAIDOC week was unlike any other NAIDOC I had experienced before. I was attending corporate meetings and doing talks, then running to community events to see the students and spend some time with my family.

I really learnt that you need to be able to balance work and family life, even at your busiest times. I managed this by setting family nights and making sure that I still caught up with friends. 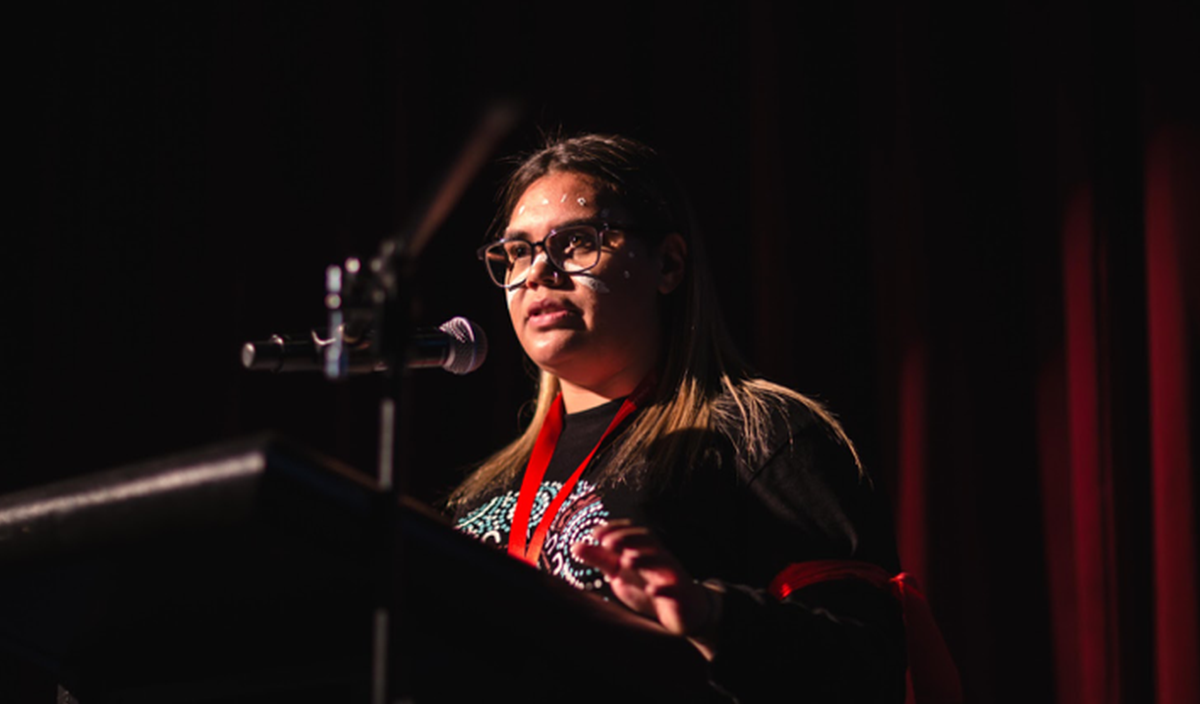 This was the first time I was a keynote speaker.

Using my voice to move a room full of people was an amazing experience. I shared my experience as a young Aboriginal woman growing up in Western Sydney, the story of my AIME journey, and the Imagination Declaration with over 100 young people from all over the State. November 20th 2019 - Melbourne University, Victoria - Sherice at the Convention on the Rights of the Child 30th Anniversary Conference 2019 reading out the Imagination Declaration with James Hood, a student in the program. Photo: Michelle Zervos.

Speaking at such an important event had my nerves running, which doesn't happen to me so much anymore. Sharing the Imagination Declaration with a room full of people who are making decisions for children all over the world was such an amazing experience.

I had the privilege of being in the room all day, hearing about all the good stuff that is being implemented for children around the world, while also being able to share the work of AIME and what we do. Standing up at this event, thinking this could be the last time I deliver a speech as Co-CEO was emotional for me. I was able to look back and reflect on the year I have had and how far my presentation skills have come since the start of my AIME journey. 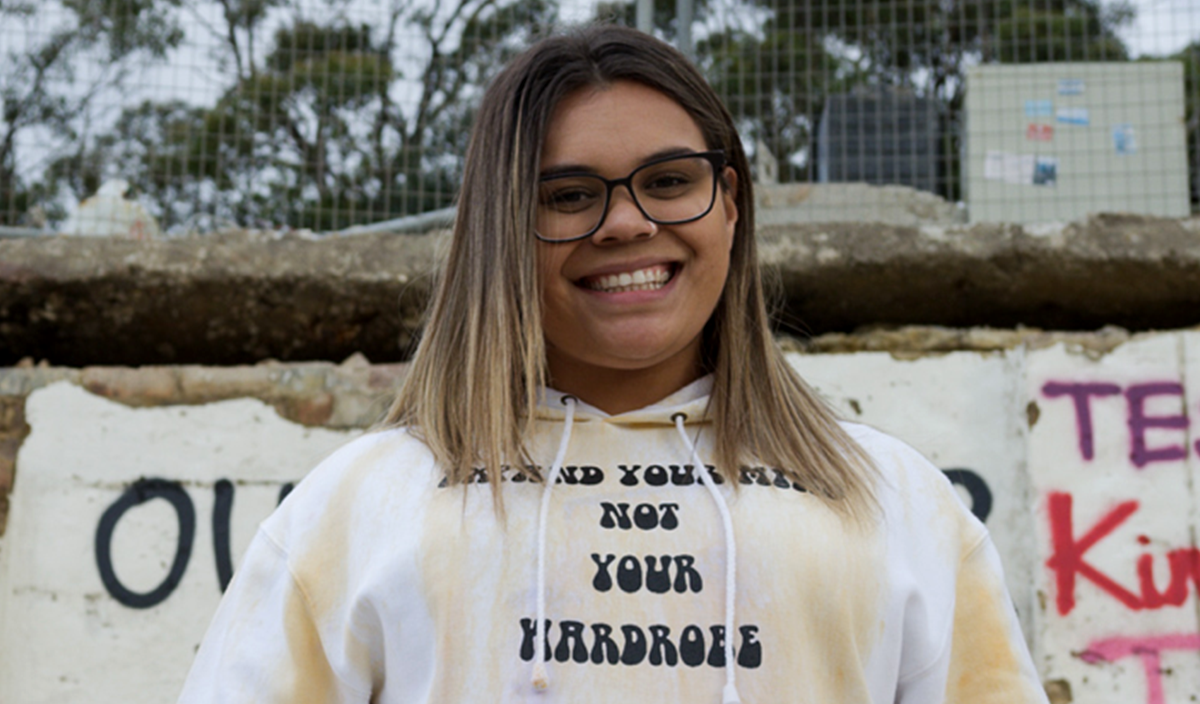 That’s been my year in a nutshell, but there’s been so much more learning. I couldn't possibly write about all of it.

As you’ve seen at the top of this story, a number of jobs are now live, and I can tell you not to go for the Centre Manager role in Sydney because that's the one I'm going for! Just joking. Go for it and may the best person get the job...

If you’re passionate about making a change in the world and standing for something bigger than yourself, then I strongly encourage you to apply for the jobs we have going. We want people who are passionate about imagination and care about creating a fairer world. If that’s you, click on the link above.

I can't wait to bring to life this future that lies below (it's the most recent evolution of our 2020-23 strategy, for our friends’ eyes only). I hope you’ll be part of the ride.