As people paused in Anzac Day ceremonies this week to honour and connect with Australians who served on battlefields across the world, Able Seaman Mariah Fernandes reflected on her role in the Navy and the importance of being a role model for other young Indigenous people.

I was born on Jagera country, in Brisbane, Queensland, just south of the Brisbane River.

My bloodlines run strong in my family. On my mother’s side I am a descendant of the Birri Gubba and Western Kuku Yalanji nations who hail from the Central Queensland and Far North Queensland regions.

On my father’s side I am also a strong Chilean woman. I speak fluent Spanish and have travelled often to my father’s home country.

I found my way to the Navy as I did know for certain I wanted to be a part of an organisation that prides themselves on teamwork and loyalty. I wanted to make my family proud, and therefore I wanted my country and my people to be proud. I joined the Australian Royal Navy in October 2015 and haven’t looked back since. 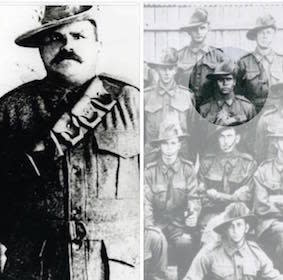 For generations: Frank Fisher (left) and Paddy Brady fought for their country in the First World War.

As a young Indigenous woman in the Navy, I am very proud to continue the service my Elders have done before me for their country and family. This empowering feeling has driven me through the ranks to now be an Able Seaman.

Now into my second posting on a warship in the Royal Australian Navy, I intend to continue being a role model for other young Indigenous Australians, and have them stand with me in uniform in the Australian Defence Force.

To me, this Anzac Day and every Anzac Day, means sacrifice, and remembering what it stands for. The positive qualities which Australians have seen their forces show at war. These qualities are generally accepted to include endurance, courage, good humour and mateship. 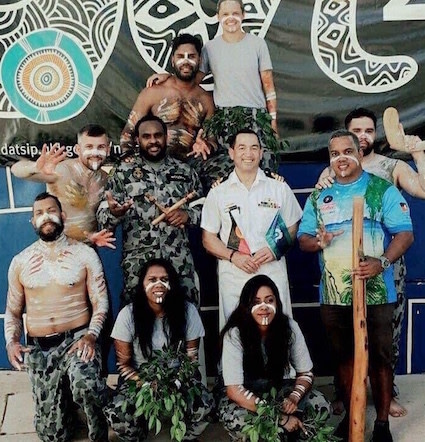 The Australian Defence Force to this day continue to work hard to recruit Aboriginal and Torres Strait people, and I love that AIME Mentoring and the Defence Force are continuing to partner together to do this.

Being in the Navy has shown me the importance and the many ways the Australian Defence Force give back to their communities with kindness. And it is not because they have to, but because they can.

Mariah Fernandes
keyboard_backspace Back to Stories