Mentoring, key to a fairer world 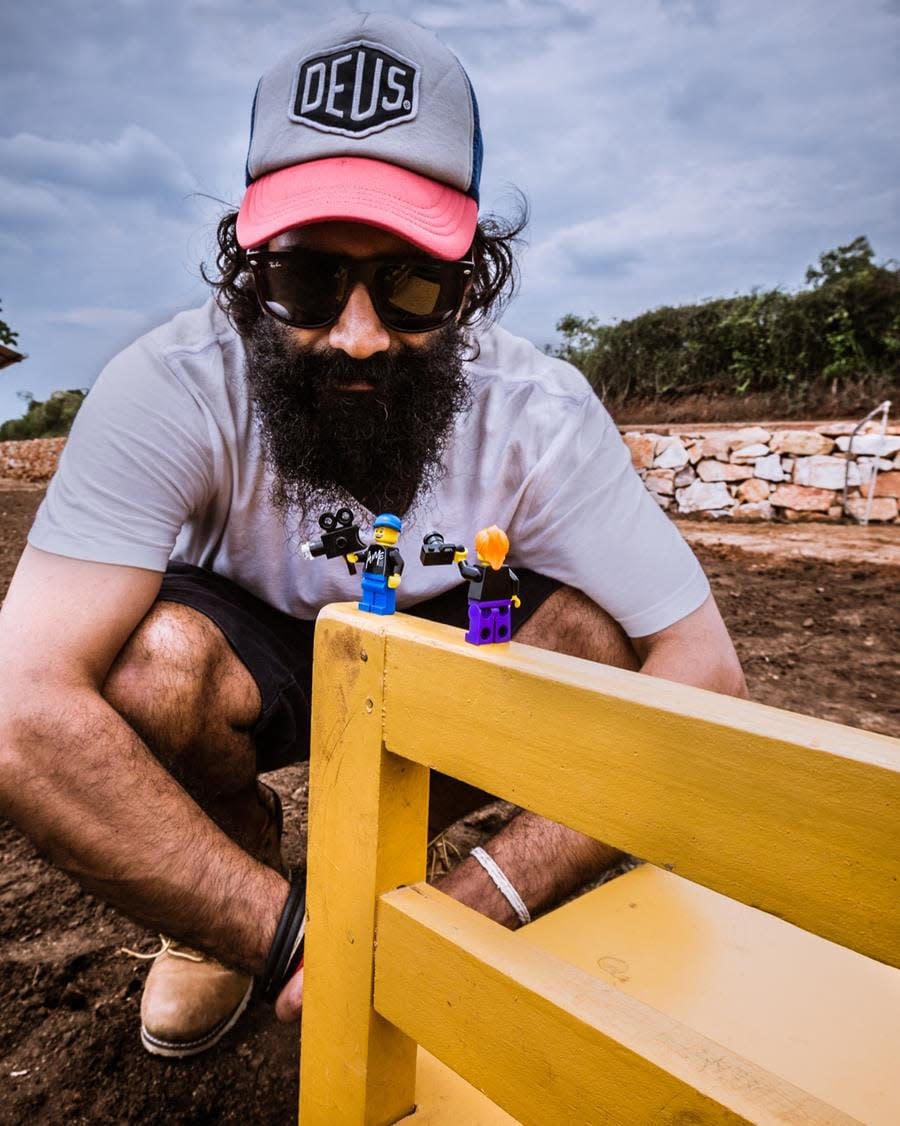 “Sunday Kindness” has an established beginning that is this week forfeit, because there’s no sense in conventional beginnings; they are always shifting moments that hold still long enough for a breath, and then they’re something else, so there is no correct way for things to begin. The same rule, or lack thereof, is the principle that conceived and founded AIME, so it seems appropriate that this observance be upheld as AIME forges brave uncharted futures fervidly laced with belief.

The precedent herein relinquished has been an introduction to who & what I am and how I fit into this story, but that doesn’t matter. Instead, today’s words, in this space, belong to an indispensable cast of librettists and correspondents and other scribblers, who have together fashioned their renderings of the revolution that Jack Manning-Bancroft (JMB) set in motion 15 years ago. 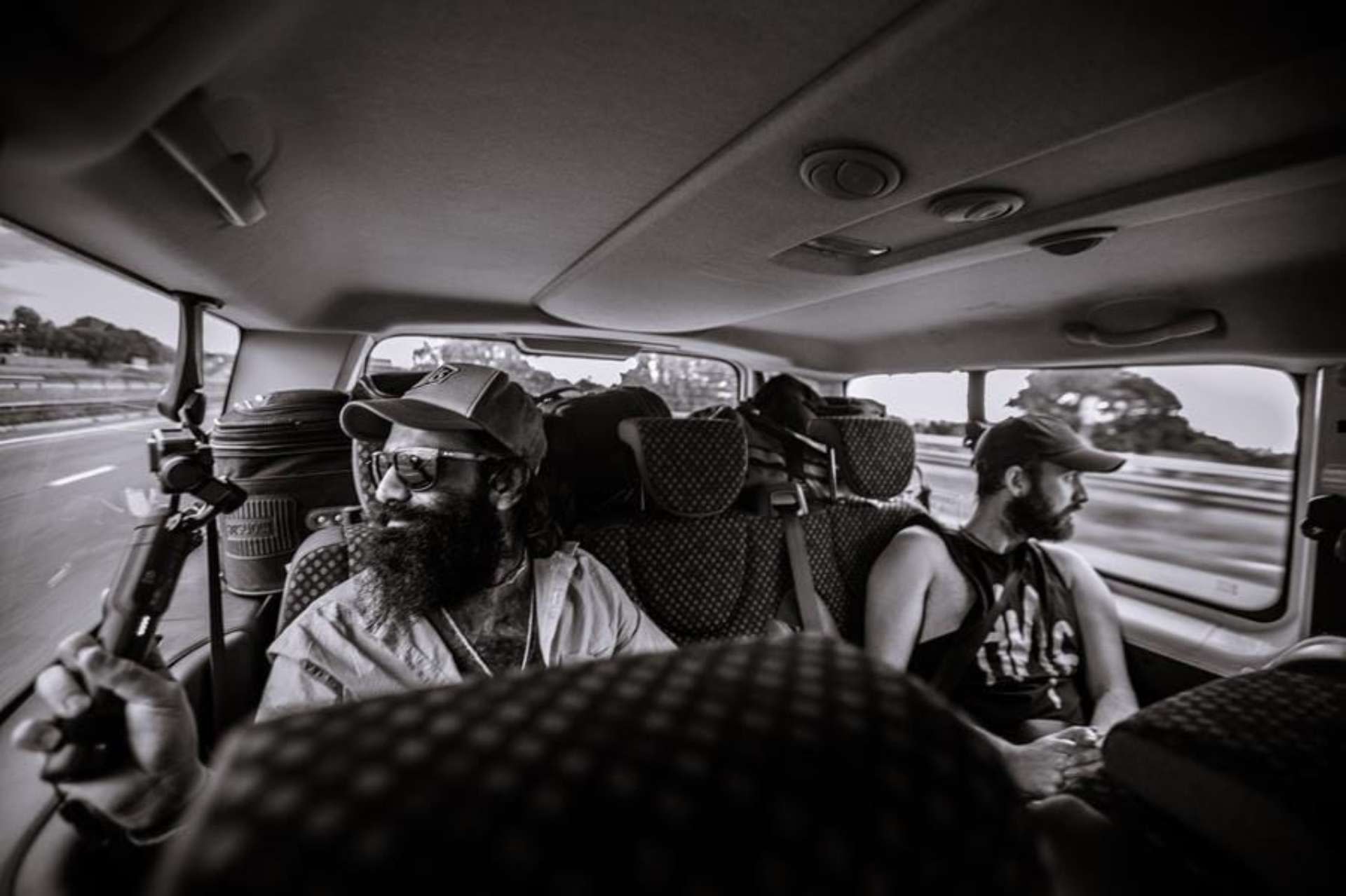 Kabir and Jack on the road between Johannesburg and Pretoria, Africa, in Feb 2018

“Mentoring - The Key to a Fairer World”, which goes on sale today from the AIME shop, is an essential collection of essays from individuals made up of Nestor pundits, a sprinkle of tirelessly working AIME proletariats, and the unadulterated genius of hope conjured in a brutal and spellbinding promise of dreams composed by mentees across the vast expanse of Australia.

Most of what there is to be said is sketched in the essay below, “the lost chapter”, which is best suited for the lunatics and the brave; the others may mistake it for a general order to arm the bastions of tradition in their finest blimpish costumes to keep out the kind of heretic that it contains! 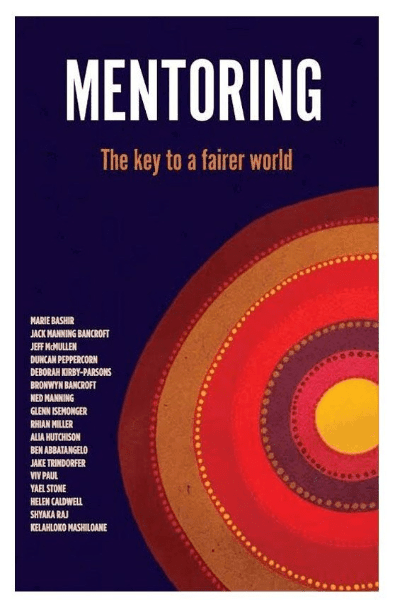 Mentoring - The Key to a Fairer World

DREAMING UP AN IDEA

The ideal essay for this episode of pages is to tell the whole story as it is, and as it happened, so that there is no mistaking the early way and the tempestuous inception that bred the foundations of what prevails today. However, there isn’t, in this short expanse of designated words, space to chronicle the entire magnitude of what transpired and how it materialised, with any sort of justice to the principal characters involved in the wild and trailblazing genesis that came to be AIME, or to any of the entropic neophytes and proselytes, some of whom were quartered and billeted and some of whom took French leave, but all of whom played a consequential part in the making. And there especially isn’t nearly enough latitude in these few passages to articulate the sacrifices and zealous labours of Jack Manning-Bancroft (JMB), my friend and brother, confidante, and fitful co-conspirator, and the erudite perseverance with which he proselytised a political romance into a tangible idea and movement that would inspire thousands of Australians of his generation, as well as those who came before and after, in what will be regarded as one of the most significant righting of inequalities in Australia’s history.

Conceivably, the most utilitarian and constructive use of this space is to sketch something a little more abstract, so that one is able to garner an amorphous sense of some of the more compelling and consequential ingredients that shaped the early thinking, and lend some significance to the environment in which this grand scheme was hatched, nurtured, and herded into the rampant bullring that it is today.

The notes scribbled below are, in part, made up of what I now know, and, for the larger part, made up of journal-records deliriously complied and committed then; a bedouin treatise to untangle the ramshackle remnants of what was an addiction to commit the many wild and barbaric adventures to paper, and an unremarkable and degenerate attempt to stay sane.

There are no beginnings, only moments where something is punctuated, and they are, as much as anything, a resonance of everything else, a reverberation of the savage and barbaric beating of the edifying drum that thrashes and beguiles us forward with resolute hope. We are all confederates of this great affair.

DREAMING UP AN IDEA

The idea of “dreaming” necessitates something fantastical, an unreality conjured of seeming impossibles that one hopes and hankers for, instigated by something imagined to be known in the dark recesses of one’s reasoning. Musing over these contemplations is commonplace, and, for most, often lost amidst the bewitching cadence of time, the chaos of moments, and the effervescent animation of life.

For some the daydream metamorphosis into a mania, a mad pursuit of a grail, hopelessly and righteously deluded by heretic beliefs to fashion what populations believe to be a chimera: to defy the known to make the unknown real and commonplace. This is the frenzied making of an act of revolution. It is the will of a few, those fantasists who could not keep time with any honesty, to brawl unceremoniously to try protect and defend the lesser against the greater and to strive for something “more” equal.

Being a foreigner in any place is a lonesome experience, namely because you are fundamentally different and incompatible, in varying degrees, to the environment in which you now exist. Despite our purported edification as a species and our peacocking of civilisation, we are the scions and progeny of creatures with natural geographical dominions, aggrandised kingdoms founded in animal tribalism to ground our belonging and apparatus of survival. That being the case, there are only three choices available for the outsider:

(a) one either adapts and conforms; a thespian for the stage to frolic and perform for the adulation of the crowd

(b) one remains as they are, where they are, and exists in whatever capacity they can, for as long as they can

(c) or one leaves, never to return

If you wish to travel, see, and learn, if you’ve crossed the great Indian Ocean after having been admitted to university, it serves no great purpose to abscond or scuttle the ship before the caper and all its crusades had begun. The only real option available to a bearded vagabond, or any wayfarer so far from home was to conjure some form of sangfroid balance, a ham-fisted circus harlequin act laced with a heavy dose of everything that I thought I knew, and everything that I did know.

The Indigenous populations have suffered the same fate as “the foreigners”, except that they are crippled by a system that has rotund numbers and nursemaid mechanisms designed to maintain the barbaric and oppressive status quo of now fallen empires, and the conquered have fewer options available to them than the strangers who came to settle, and now both have nowhere to go. The eminent functioning discrepancy for Indigenous Australians is that their culture hasn’t changed to suit the new-world-order, so they continue to soldier through the trenches with their modus vivendi. The philosophical reasoning as to whether people should change and adapt, whatever the circumstances, or be allowed to protect what is theirs in earth and flesh and belief, is far too great a topic to explode in this fugitive margin, but, it’s an inescapable verity that savage wars, domestic and foreign, have been fought to guard the same and less. At some point, there must be some redress.

LOOKING FOR A REVOLUTIONARY EXPERIENCE

The question a would-be rebel asks, is “why?” And when the answer is not satisfactory, rightly or wrongly, he or she seeks to defy what exists in favour of their own convictions and currency, and thereby mounts a resistance against the established peace.

We asked the question. We got the answer. We were not satisfied with the rejoinder. We had our own ideas, and we decided to action them. We decided to rebel against the system.

There are two schools of thought that punctuated the early blueprint:

Ultimately, both were utilised, but never with the militant creation that they were birthed from. There were two crucial factors that influenced what would become the intellectual revolution that AIME is today: the numbers and the population specifics. The quandary with the numbers is that there weren’t enough, not nearly close to anything that would make a difference to something that anyone would pay attention to. We tried. We failed. We tried again. We failed again. And we kept trying and failing until we figured out that we couldn’t get the numbers. What we did figure out was that the numbers were with the kids, so the thinking had to change, the specifics needed to be different. There’d be no burning of flags, no acts of civil disobedience, no gunpowder plot, no mayhem, and no chaos. The solution was much simpler and far more sophisticated: education. Unlike Nelson Mandela’s violent South Africa, AIME would borrow more heavily from India’s non-violent Mohandas Karamchand Gandhi.

It should come as no great surprise when the established order disenfranchises and/or is prejudiced against one people over another that the lesser will seek to defy the greater for a more equal share, by one means or another, at some point in time.

Having no place amongst the clergy, the nobility, or the local populations makes the Fourth-Estate a natural place to settle; a strange and decadent pursuit of the truth, more romantic that it is and lesser practised than ancient voodoo, a purgatory for those with no redemption and a haven for the delirious and delinquent.

This was where I met JMB, one eyebrow half shaved, the opposite side of his head carved with a fantasy superhero lightning emblem, dressed like he’d recently escaped a hippie mad-house, and armed with a sharp mind and caustic tongue to defend his rampant absurdity. To have judged him that day for his bizarre circus-act would have robbed me of a great friend. The time it takes to know a person is no different to the way a thing is made, there are many parts but the core is unmistakable in determining what a thing will do. That same courage to be an outlier, to scream from his parish-pump soap-box fashioned like a jester and preaching like a heretic-missionary, that resolve to stay the course has served both him and the greater cause well.

Studying the trafficking and occupations of newspapers, reportage, and the media rendered a few valuable lessons:

(3) There were more important things to learn.

Art History & Theory was the place to be, a mad cartel led by the professor of professors, an unstable and decadent genius with other agendas. It was the closest that there was to an insurgency, led by an old guard with intimate knowledge and expertise, now made mildly defunct with the inevitable autumn of time. Here we borrowed ideas, cast in colour on canvas and etched in stone, an aesthetic history of dissenters, nonconformists, thinkers, renegades, iconoclasts, apostates, unbelievers and idolaters, pagans, heathens and separatists, from the divine moment to the present, all prisoners incarcerated in arresting form.

These notes herein sketched bridged the irrational and tempestuous gaps of reason in the long moments alone where I had the time and freedom to think and contemplate without prejudice, as one does when one has no particular vested interest; there was no desperate money on any horse and no gambling problem to solve.

What happened then was an immeasurable gauntlet, a parting of the seas where crooked monies had otherwise been traded to keep the peace, because there was so little from which to build change, and because nobody wanted it.

The ingredients for a dream are romantic manifestations who’s translation is a brutal engagement against the way of things.