My name is Marcos. Born and raised in the small ranch known as Harris Farms, USA, my friend Abel and I have known each other since childhood and this is our kindness story.

When travelling to Moscow for the FIFA World Cup earlier this year, Abel had his mind set on finding an individual that could benefit from a helping hand. After seeing Petra, a young athlete from Moscow at the FIFA Fan Fest, we immediately knew he was the ideal candidate. His wheelchair was in a horrible condition. Aside from this, his spirit was not affected from his physical limitations.

After initially meeting, we met up with Petra several days later at Moscow’s Red Square. We presented him with a refurbished wheelchair that he could now use. He was ecstatic. It filled us with joy seeing him so happy. Our efforts were such a success that several local Russian Media outlets interviewed us on the spot. Proof of our impact at a global level. 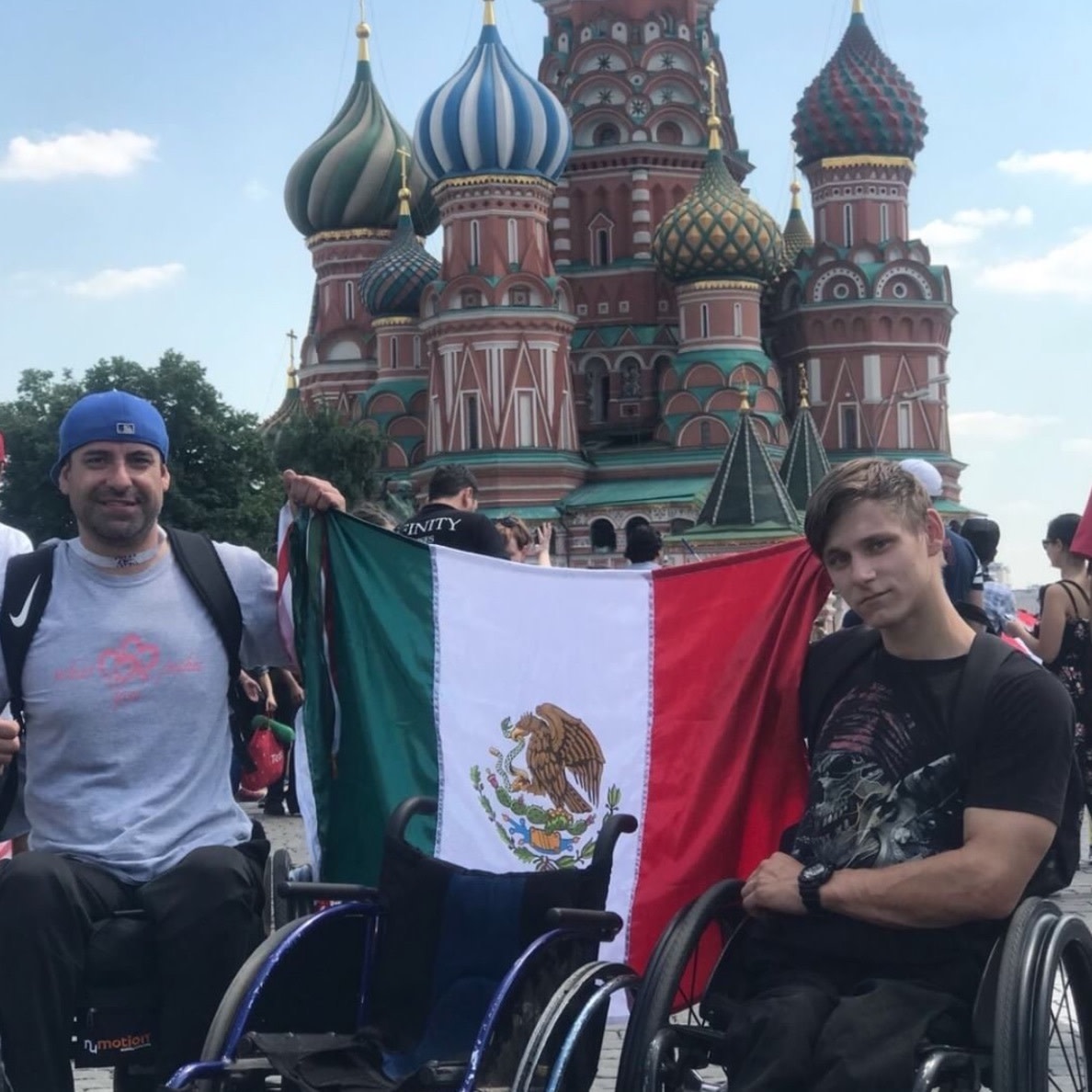 You see, this is what Abel does with his nonprofit, What Pushes You?.

Eighteen years ago, while playing Division III professional soccer in the USA, and a bright future in the sport, Abel suffered a violent car wreck. It left him paralyzed from the waist down.

Abel has always defied all odds and has always strived to prove people wrong. You tell him he can’t do something and he will prove you wrong. Doctors told him he would never be able to father a child, but in 2009 he welcomed a beautiful daughter, Addisyn who is his pride and joy. He is a single parent, works full-time as a behavior specialist for the state of California, and coaches’ youth soccer teams.

After a friend of Abel’s suffered a similar fate, and became paralyzed after a motorcycle accident, Abel realized there was something he had to do. He put together a soccer tournament and raised approximately $5000 for him and his family. He named the tournament, What Pushes You? Since then, he's driven to help people with disabilities any way he can.

Achieving as a motivational, inspiring, and self-sufficient tool, What Pushes You? aims at helping the less-fortunate. He wants to reassure people that there's a lot of resources out there for people with disabilities.

We have both traveled to Mexico, Brazil, and across California in order to share his inspirational story and to take kindness to the globe.

It is here that I leave the final words to Abel: “A good deed should not have a nationality. I've done more in four wheels than I did with two legs. I want to do more of this.”

Part of the What Pushes You? Movement & Magic Maker ✨

What Pushes You? magic can be found here…