Kindness has no limits

You're used to hearing dramatic stories about the journey of Syrian refugees to Europe, I was one of the lucky ones. My father made that dangerous journey for our family, then 15 months later, we got a family reunion visa and so I arrived in the UK in 2015 to be reunited with him. For me, landing in the UK was just the beginning of the journey that would change me forever.

I was rejected by the first school I applied for, then the second, third and fourth rejected me too. I told them to test me, to test my knowledge, but they weren’t willing. I was given no reason for my rejection. I felt like my dream was being taken away from me, one piece at a time along with the realisation that I haven’t only lost my country, but I have a wasted a year of my life with no achievements.

With no friends and no school, I became very isolated from the outside world. My education had always been a priority because I knew it is what I can prove myself with.

Couple of months later with no interaction with anyone, my uncle told me that The Children's Society (TCS) was hosting an Eid event to celebrate the end of Ramadan. I was invited to give a small speech, even though my English was bad, I didn't want to let that stop me. This was my chance to get out of my room and meet people.

I practised it over and over again all week, willing it to be perfect. Standing up to speak was terrifying but everyone clapped and that was when the world started changing again.

One staff member from TCS came to me and told me that I sounded amazing and that she would love it if I wanted to help them, to help disadvantaged children like me.

When she said so, I felt that life has opened its doors back to me, I felt that my work improving my English paid off. She made me believe in myself again and gave me hope that I can be something useful in my community and give back.

From that time, I started speaking about the hidden danger that refugees and migrants face when they get to a new country, I volunteered with The Children’s Society and raised awareness about different issues around.

I eventually got enrolled into a college and I can say, I aced it. I can. This year I finished my first year in university, hoping by the end of my studies I will end as an Aviation Engineer and a pilot!

I can’t represent all refugees, but I can try my best to share my story—as a refugee, yes, but also as a Syrian, a female, a dreamer, a student, an engineer-to-be.

Maybe the combination of my identities can even help change someone’s stereotype of a refugee. That a refugee can start over from zero, learn a new language, and excel in their education. That you can be anyone in this world and still be a refugee, as it is a living status and not a referendum on whether you’re a good or bad person. I want refugees to be allowed to dream, to think outside the box, and to define our own futures and so have hope that everything can change for the better if we work for it!

I want to show that refugees want to live normal lives; I want to give back to the country that welcomed me and to the people who helped me, to show that the smallest act of kindness can make a huge difference in someone’s life, it can save someone’s life. I believe that when people listen to what we have to say with enough compassion, real change becomes possible. 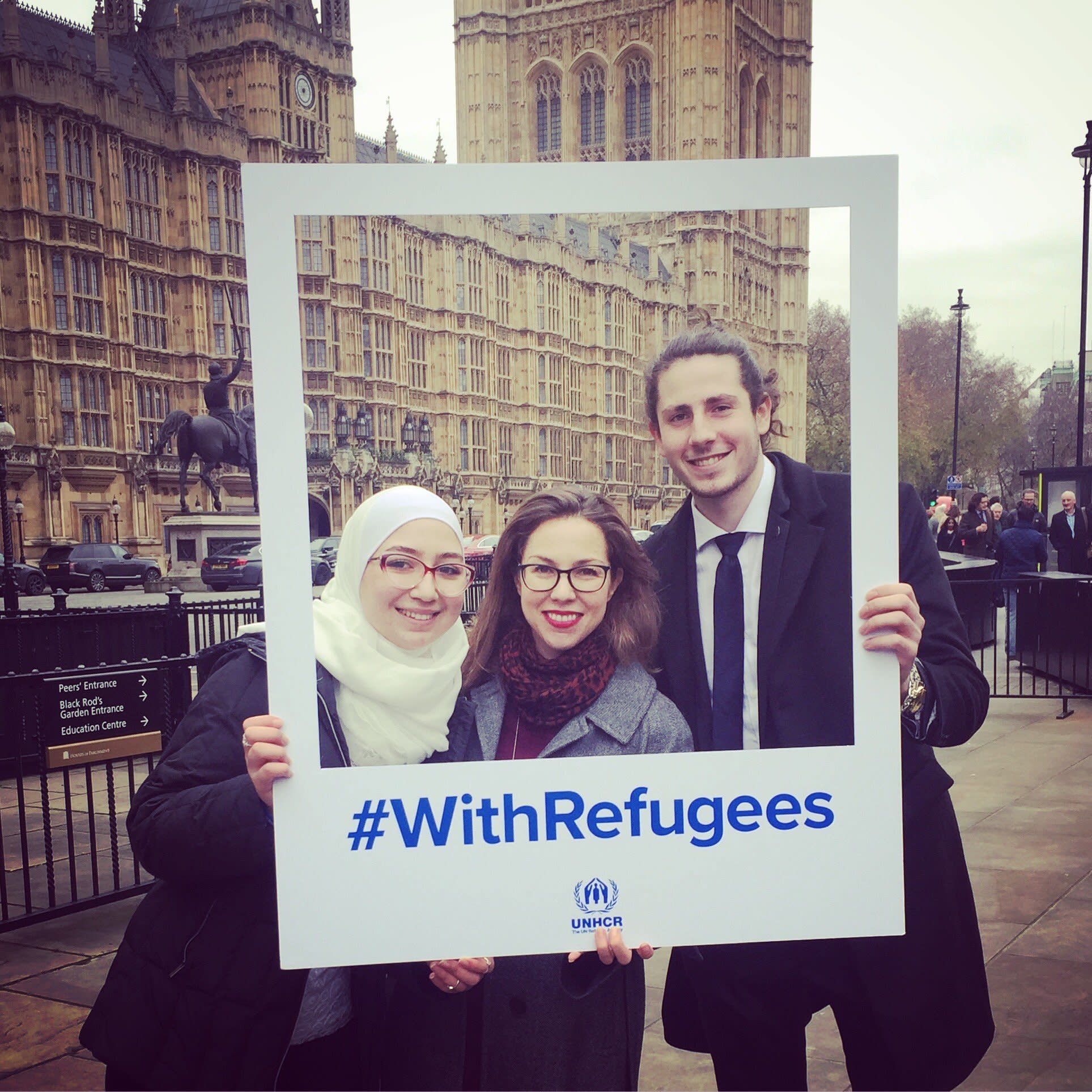 “I know that it is not always easy to change how you think, but I trust that when people listen to my story, they will understand.”
Maya Ghazal