How door knocking changed my life.

I was delighted when I got news of the contract. I ran home to tell my parents that I’d been selected. A two-year football contract at age 16.

Football was my avenue out of the council estate that I grew up in. It was my way to get rid of the stresses around me and to just release everything I was going through.

Life was a little hard when growing up. I didn’t have great stability at home, and both of my parents struggled with alcohol abuse.

When I turned 17, my father passed away through alcohol abuse. He was made redundant a few years prior and I guess he was going through a lot; a lot we didn’t know about. 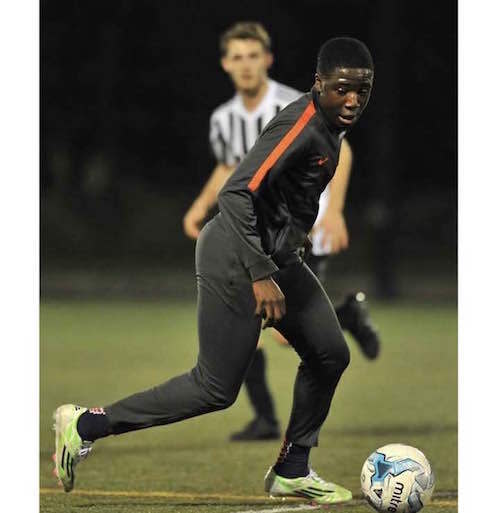 That same week, I decided to hang up my boots and pursue a career that was longer term. I needed to be able to provide for my family, we had little money so longevity in a career was playing on my mind.

But when I made that decision I was stuck.

I was never a bad student but because football was my main focus I didn’t take my studies too seriously so I didn’t know what I was good at.

Then I heard a quote at my local youth group, ‘if you want to see different results, you have to come out of your comfort zone to see something different.’ This resonated with me.

The next day I Google searched ‘wealthiest areas in London’ and made a list. Gloucester Road, Kensington and Chelsea came up first so I decided to take the tube there and ask the public how they acquired their wealth. People were fairly receptive but I didn’t get the tangible response I was looking for to help transform my life.

So I decided to knock on doors.

I walked up and down the streets with little luck. Some people told me to go away, some didn’t open their door and a majority just told me to study hard. The thought of giving up and going home did cross my mind but I decided to try a few more streets, and that’s when the door opened (excuse the pun).

“Come on in”. A lady greeted me at the door and asked why I was in the area and I explained to her that I just wanted to know what skills and qualities they had to be able to work hard enough to live in such a prestigious house and area.

Mid conversation, a gentleman walked into the room. The man’s name was Quintin Price, the CIO of BlackRock, an asset management firm that currently has $6.3 trillion in assets under management.

Quintin was kind and generous. He spoke to me, encouraged and congratulated me for being so bold to do what I did. He invited me to BlackRock a few weeks later for a day to see what it was like.

After that day of insight, I emailed Quintin to say a thousand thanks for inviting me to the firm, but I also took the opportunity to ask for one-week of work experience, just to see if finance was something that I wanted to do. Quintin arranged that for me, and I spent a week of summer 2014 at BlackRock in their investments team. 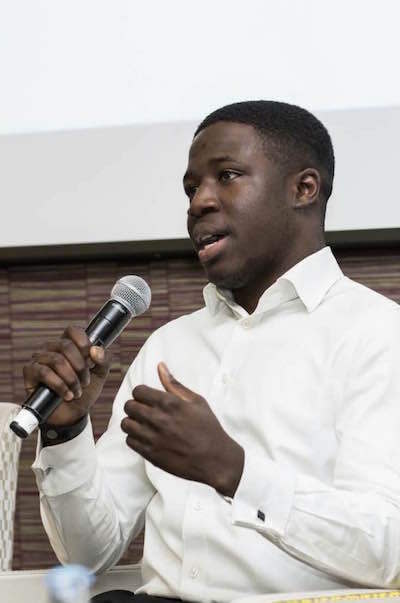 From this internship I knew that finance was for me. I absolutely loved it. A meeting was arranged and at the meeting, I asked Quintin what he thought I should do if I wanted to work in the financial services. His advice was that I go to university to study something finance related so that I can be a more competitive candidate.

University really wasn’t part of my plan, and when he said that, I was really torn.

I was silent my whole journey home just thinking about if I wanted to sacrifice three years of my life.

I decided to enrol, and after failing my first exam miserably I then got 84% and began achieving A’s and B’s throughout. I went from being the lowest in my class to one of the highest achievers in the space of two-years and was shortlisted for Student of the Year award. 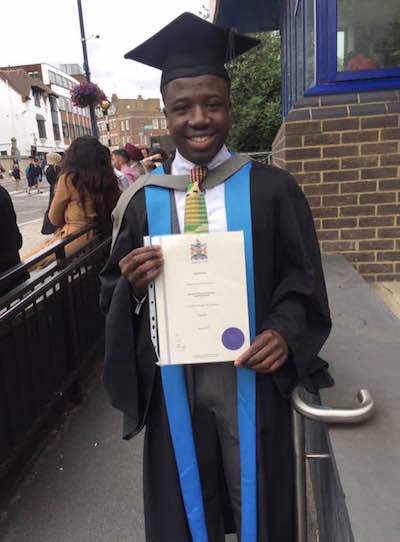 I finished university completing four internships, was a campus ambassador for ICAEW, nominated Economics Student Representative for three years straight, and was elected Student Ambassador for my university. I graduated in the summer of 2017 with a 2:1 in Economics and have been working in the city since. I am currently work in the asset management sector as an analyst, helping to look after the firm’s largest clients. I travel up and down the country giving talks and a deeper insight into my story. I am a youth mentor for the Victory Youth Group, helping young people realise their talent and potential, so they can excel regardless of the upbringing and circumstances.

I am still overwhelmed to this day. Quintin’s act of kindness has helped me, massively. He didn’t have to do what he did, but he did. It has had a ripple effect into the work I do and the mentees I have. It is like that saying, “what you give, you shall receive”. If you show kindness, you will receive kindness back in all areas of your life.

We’re still in touch today and he is like father figure to me. I have so much respect for him and I can’t thank him enough.

My name is Reggie Nelson, Dutch born but East London raised. My dream was football and now I am living a new dream, all because I knocked on someone’s door and trusted the kindness of a stranger.

Reggie Nelson
keyboard_backspace Back to Stories