Residing on a Sydney street corner, is the Redfern Convenience Store. Since 2003, its owner, Hazem Sedda has been serving customers, who have gone on to become friends.

From seven o’clock in the morning until midnight, seven days a week. We have never had one day closed, even on Christmas day we are open. 365 days a year. It’s impressive. The locals know where to come.

People that come to us think we are open 24-hours because they have never seen it shut, they’re surprised when I put the back in three-minutes sign up.

It’s all about the customer. They need things.

I was born in Palestine and lived there for 17 years.

My Dad started the Redfern Convenience Store in 2000. And, three years later, he applied for me and the rest of the family to come to Australia too. Dad wanted to come here first to make sure he was going to like it, see what was here and see if he could survive.

My intention was to study and define my future and career, but then I started helping Dad from day one.

I was studying aviation at the time, and I kept working at the store while I was doing the study. I got my aviation license, but the thing with aviation is that everyone dreams of flying airplanes but it’s a stressful job and it’s a dangerous job.

If I continued flying the only people I’d meet are pilots.

But working here at Redfern Convenience, I am in contact with everyone. From poor to rich, from lawyer to doctor, to the council worker. You learn a lot; you have more experience, and you communicate better. So that’s what makes me love it here. It’s a community.

I remember one time where some people had a fight on the street and smashed one of our windows. The next day we had approximately 200 people come in and want to donate money and want to bring flowers. They came to check if everything was alright, and to make sure we were ok. You don’t see that anywhere else. It’s really relevant, that kind of kindness, and it’s not easy to get. That’s why my customers are number one in everything I do. 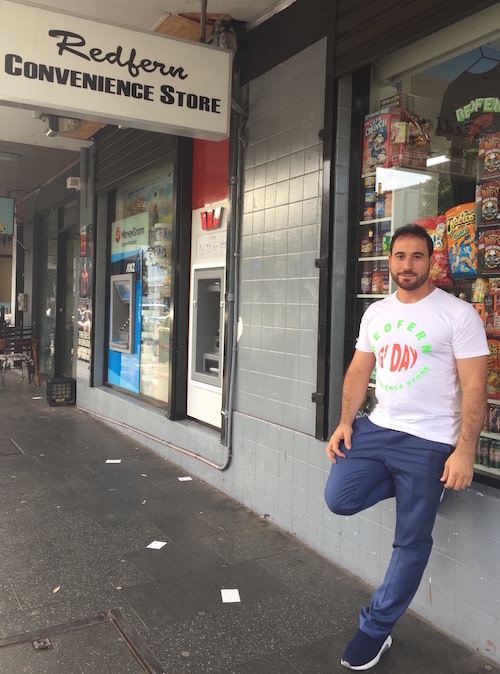 I don’t treat people like customers when they come in. Most people become like friends, they become people you joke with and have fun with.

I’ve got to know a lot of people in Redfern. And now after sixteen years, some of the people I first met as teenagers have teenage kids of their own who come to my store. I’ve known them from day one till now.

Growing up, I was told to respect people and treat them in a good way, with kindness and to be honest. I think that’s the main key for success in business too - honesty is very important, and so is kindness. It’s not about the money. It’s all about the customer.

Hazem Sedda
keyboard_backspace Back to Stories