AIME: one of the Top 50 organisations in education globally in 2019

Dubai is a monument to what humans can create from almost nothing. Since oil was discovered there in 1966, a rapidly expanding, modern city of concrete, glass and steel has risen out of the desert.

On Monday, 16 December 2019, AIME was honoured as one of the top 50 organisations in Education at the Global Forum for Education & Learning (GFEL) in Dubai. 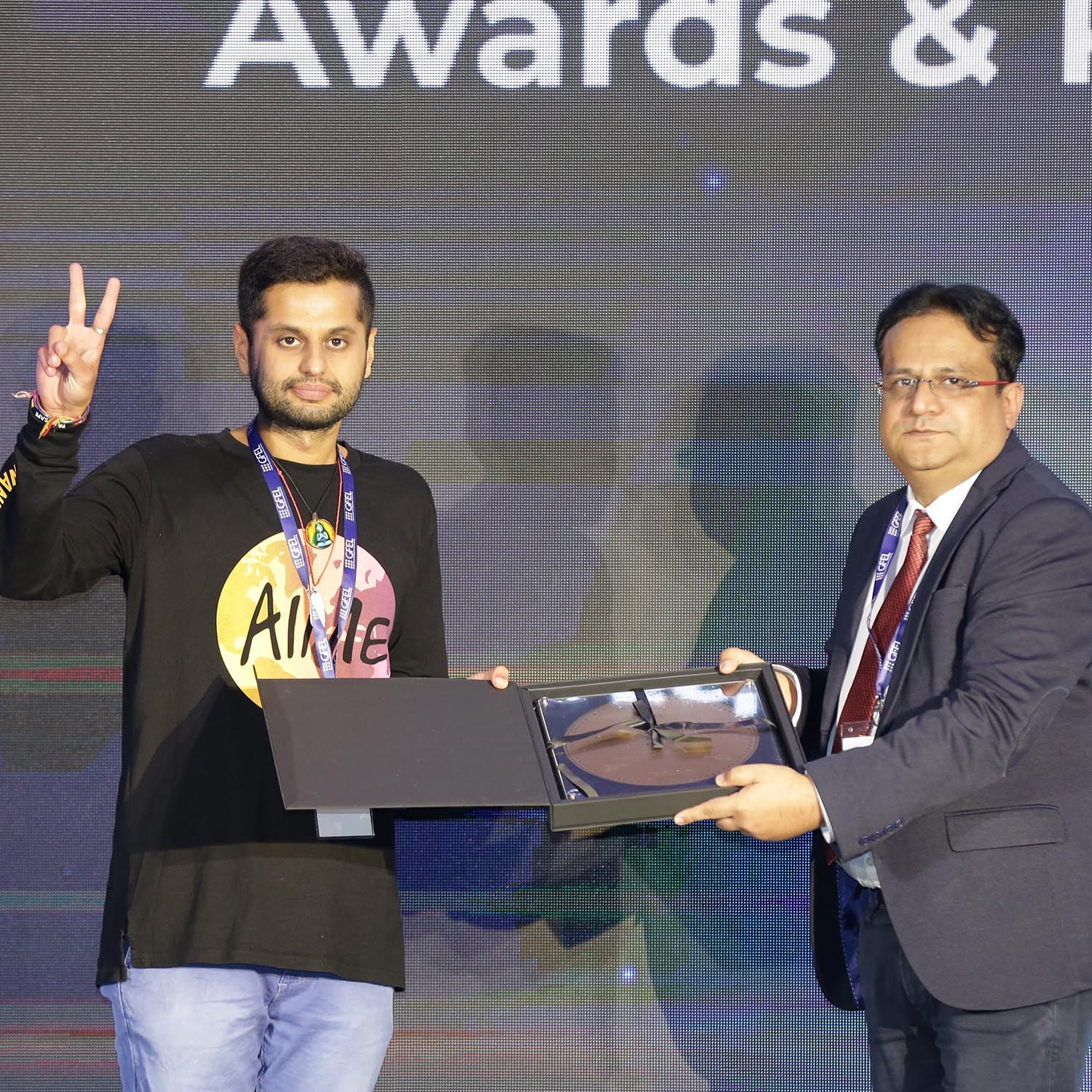 I was privileged to fly to Dubai to collect the award on behalf of everyone that has given their mind, heart, soul and more to AIME over the years – our CEO & Founder Jack Manning Bancroft, who as a 19-year-old university student started AIME in 2005 to tackle Indigenous inequality in Australian classrooms through mentoring; the first people who saw the potential of what AIME could be when it started and chose to go with Jack on the journey to change the world; the current one-hundred-plus staff, full of imagination, spread across the globe; the huge army of volunteer mentors giving their time to create change; the incredibly resilient and inspiring mentees who are rising up to be the solution to the challenges they face; the AIME board of directors, the many partners who continue to walk alongside us, and the many friends and supporters who dream with us day in, day out (yes, this includes you reading this message).

The striking contrast between the fairer world AIME stands for and the extravagant display of wealth and luxurious lifestyles, along with the skyscraper-filled skyline of Dubai, made me feel uneasy at first. But after a longer gaze, I knew this city rising from the scorched sands of Arabia was a fitting backdrop for AIME to receive this award. 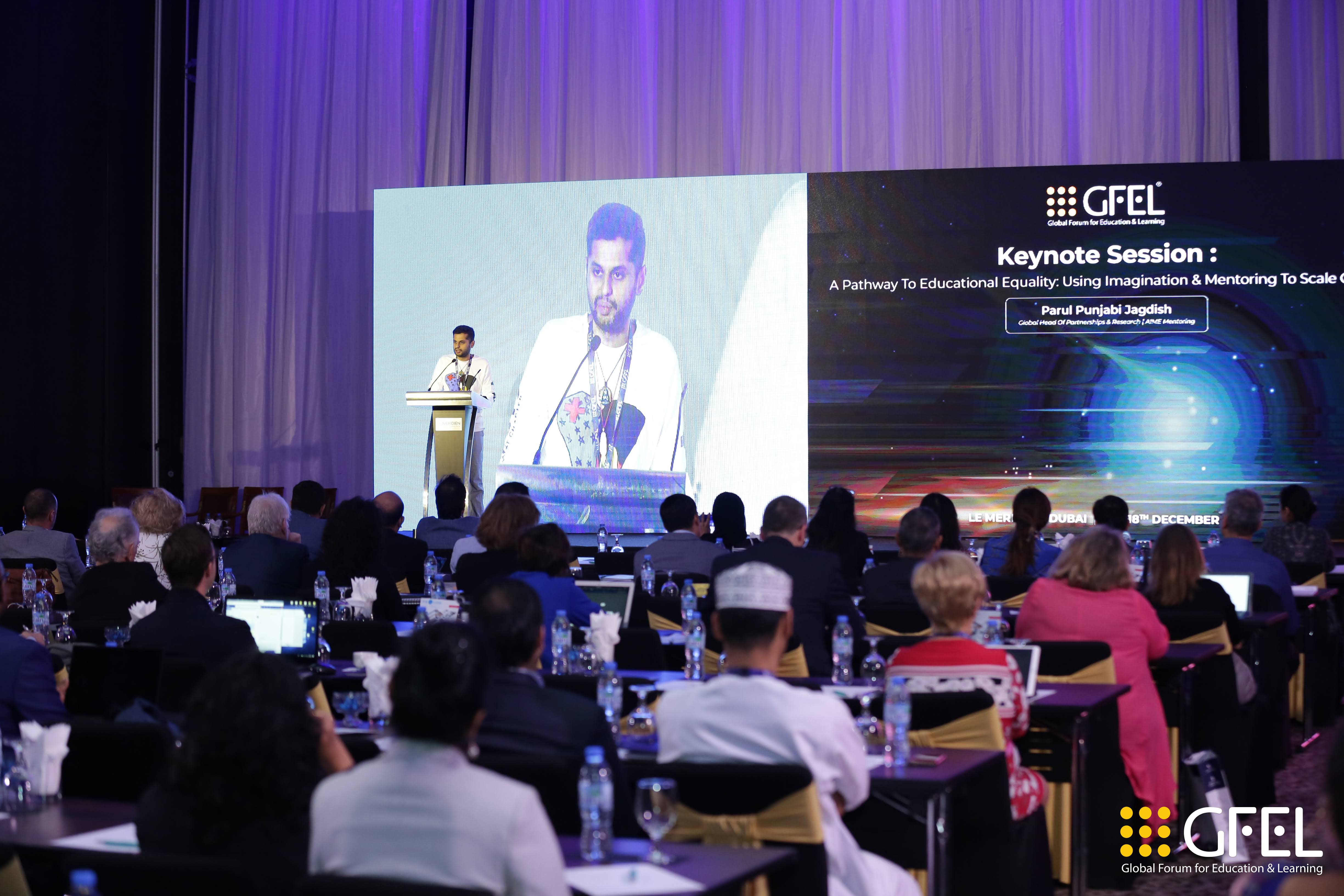 17 December 2020 - Dubai, UAE - Parul talks to an audience of 300+ educators about AIME’s model of imagination and mentoring. Image: Global Forum for Education & Learning.

Sitting on the coach into Dubai city centre, marvelling at this metropolis in the desert, I reflected on the ground-breaking year we’ve had at AIME.

From a daring journey across the Pacific on an AIME-chartered plane bringing revolutionaries from the USA to Australia to join in a 300-strong gathering from 10+ countries that descended upon Wollongong for the world’s first Festival of Mentoring; to 50+ young Australians rising up at the Garma Festival of Traditional Cultures and making a bold proclamation in the form of the Imagination Declaration, a stance against the norm with a call for urgent action to revive imagination in schools and re-imagine the future. From executing a secret Santa-styled hustle at Australia’s Parliament House to deliver a custom Imagination Hoodie to the Class of 2019 Federal MPs, inviting them to wear the hoodie in support of the Imagination Declaration; to making new forays for the AIME program into Palm Island in remote Australia, and in New York City, the cultural capital of the world. From deeper bonds built in Kalgoorlie, in Kampala, in the 40+ other regions in Australia, and in the 5 other countries we operate out of, to greater clarity gained across the board with the birth of AIME’s strategic plan 2020-2023. From puppets unlocking kids’ imaginations in our magical universe, a TV puppet show called Imagi-Nation; to our ‘7 tees of Xmas’ apparel campaign, allowing people to add purpose to their festivities and gift-giving by buying gifts that support our program.

What a mammoth revolution around the sun 2019 has been within the AIME universe!

The gravity of the moment was not lost on me, as I took the stage to be felicitated on behalf of several generations of human beings for the hours of selfless love and tireless labour they had all put in to get the movement to this point.

I was thrilled beyond measure that AIME was being catapulted onto a global stage in this way, and yet, I was simultaneously aware that the true reward is in the doing of the act itself. In our case, our work on the ground with First Nations and other marginalised students around the world that gives them the tools to transform their lives. 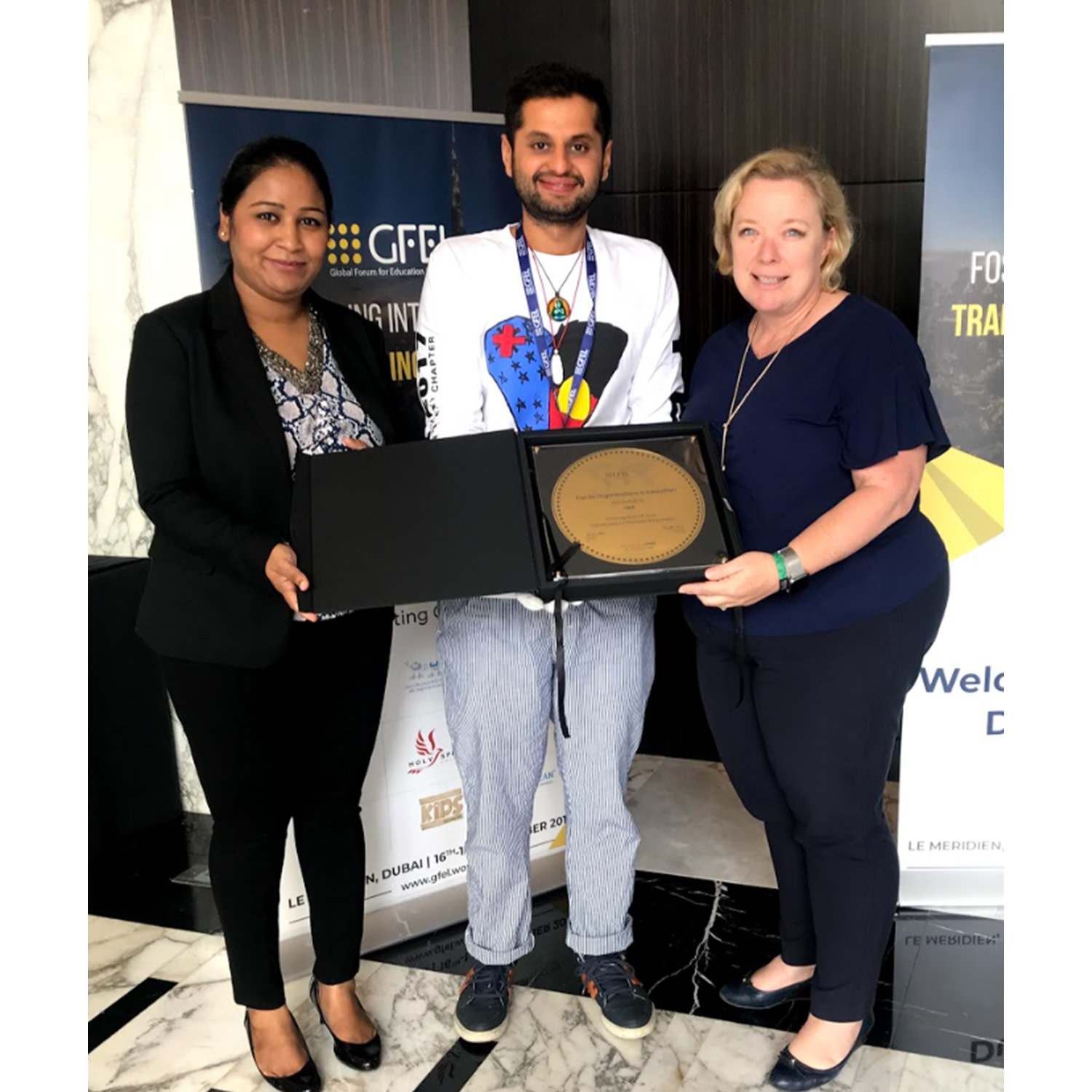 With this balanced awareness, I returned to the centre stage the day after accepting the award, on Tuesday, 17 December 2019, to deliver a keynote address on how we at AIME have used imagination and mentoring to build our path to a fairer world, and how others can partake in our learning. I told the story of AIME, from its inception to its current global reach and impact. I opened the door to other educators and change-makers in the room, and invited them into AIME’s world, offering them our magic formula for creating a fairer world – the Imagination Curriculum, an educational program with the potential to transform every school in the world; and a model of mentoring designed for educators worldwide to evolve into mentors.

The reception my speech received was heart-warming and I knew at once the urgency of our work. Now more than ever, with the challenges of inequality that people are facing worldwide, I believe imagination is the key to unlock the shackles in our minds, and mentoring to build bridges towards equality.

What should have been a two-minute stroll from the stage to the coffee station became a 45-minute walk. Educator after educator wanted to speak to me about the possibility of adopting AIME’s products and philosophies for their country. AIME has since received ‘urgent’ enquiries from the United Arab Emirates, Saudi Arabia, Netherlands, Democratic Republic of Congo, Canada and India, to name a few.

Jack often tells us that, at best, AIME is operating at less than 70% of its potential. And as much as I want to disagree, I know he’s right. I know that the GFEL ranked us at over 90% in all of its five-point marking criteria: spirit of innovation, overall reach, industry impact, future readiness, and market demand. I know everyone who is part of AIME commits 100% and then some. And yet, deep within my heart, I know too that there is so much more work to do as we take on inequality worldwide and so much more we CAN do.

O, you who read this – may this award add more wind under your wings as we jointly carry on our quest for a fairer world.

Here’s to a sky-shattering 2020. Bring on the next wave of imagination.