A smile is the BEST gift

Hello there reader, my name is Esther Kalenzi. I come from the beautiful country of Uganda. We have some of the kindest, friendliest human beings in the world and fun fact; the youngest population too. Yup, 78% of our population is under 30, a scary and hopeful statistic.

Growing up, I watched the Oprah Winfrey Show with my mum. It was great to watch Oprah host celebrities but I was most amazed when she gifted a single mother with a shopping spree or provided scholarships for underprivileged children. Mum and I would just bawl our eyes out as we watched these heartbreaking stories and celebrated the happy endings. I could not wait to grow up, be a millionaire and do the same for the most deserving people.

Fast forward to 2012. While seated at my office scrolling through Facebook, I realised that it was all vanity. I spent hours following up on everyone’s life and updating acquaintances about mine; comparing lifestyles and then gossiping about it soon after. To what end?

I decided I could use this platform to do more. The lent season (period of 40 days before Easter in which Christians replicate Jesus Christ's sacrifice and withdrawal into the desert for 40 days) was coming up and I figured I would use this period to do good. 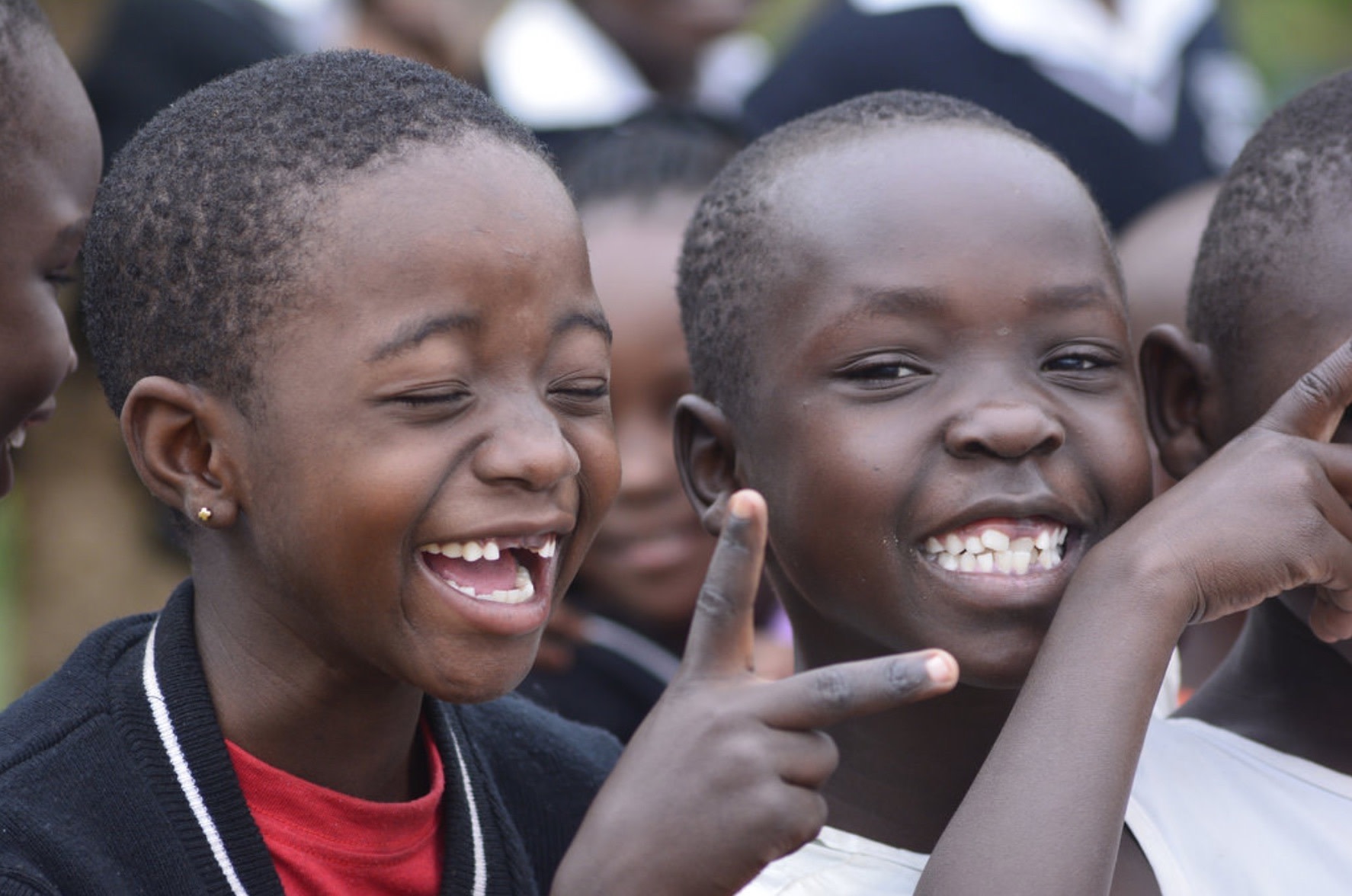 I opened a Facebook page called 40 days over 40 smiles, the hope was that I would make at least 40 children smile. I added friends and friends of friends, asked them to donate toys, clothes, blankets, books and any items that would be useful for children who didn’t have families. At that point, I had no idea who the beneficiaries were but I knew I would find them.

Forty days later, I had collected two truckloads of items for the children and almost $900 in donations. I used the money to hire a chef who prepared wonderful Easter meals for the children, while the rest was spent on shopping for groceries. That Easter weekend I was joined by 35 friends from every period of my life. We visited two children’s homes and made over 150 children smile plus several adults too! 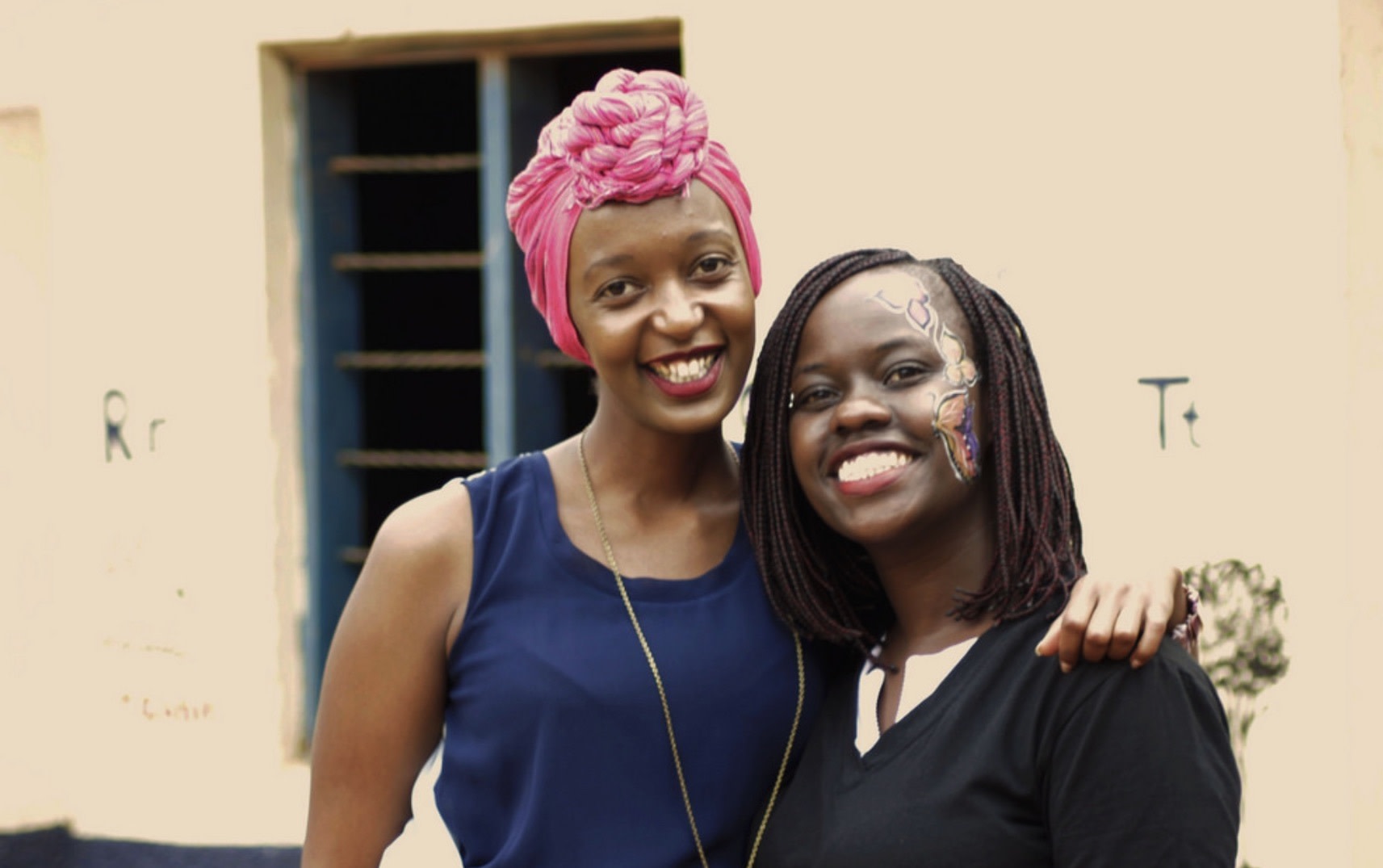 That weekend was a turning point for me. I had never felt so alive as I did spending time with these children and realising the opportunity we had to impact their lives. The next year, I decided to register 40 days over 40 smiles Foundation (4040) as a non-profit. Soon after, I quit my job in marketing and business development, to pursue this new dream, full time.

If you have ever organised an event or participated in fundraising, you know that it isn’t for the fainthearted. More so, to a population with limited disposable income, where almost every adult has at least one dependant. Now, imagine doing this every day, with almost the same audience, while expecting different results at every turn. Sounds like fun, right?

It has been over six years of incredible joy, heartache, milestones, tears, growth, failure and so much more. What started as a small dream has grown into a movement. The team has 50 volunteers who keep the organisation running. Thanks to them and their kindness, we have been able to work with over 2,500 children across Uganda.

Our fundraising events bring together up to 1,200 young people, who are passionate about social change and it is through their support that we are able to grow. Over the years, we have raised almost $200,000 locally, a feat that was hitherto, unimaginable of through crowd funding in Uganda.

We have been able to build two dormitory houses for up to 250 underprivileged children. We have also set up a community library. We have hosted several outreaches offering free medical care, financial and legal aid to slum dwellers. Most exciting of all, we currently run a literacy program for both in and out of school children to learn to read, write and express themselves. We have seen tremendous progress from children who were once timid or uninterested. It is thrilling to watch them blossom and become comfortable in their skin. Under this initiative, we brought together 16 writers who wrote 18 amazing Ugandan stories. These stories have given the children a chance to see themselves in books after several years of consuming literature that wasn’t relatable to them. 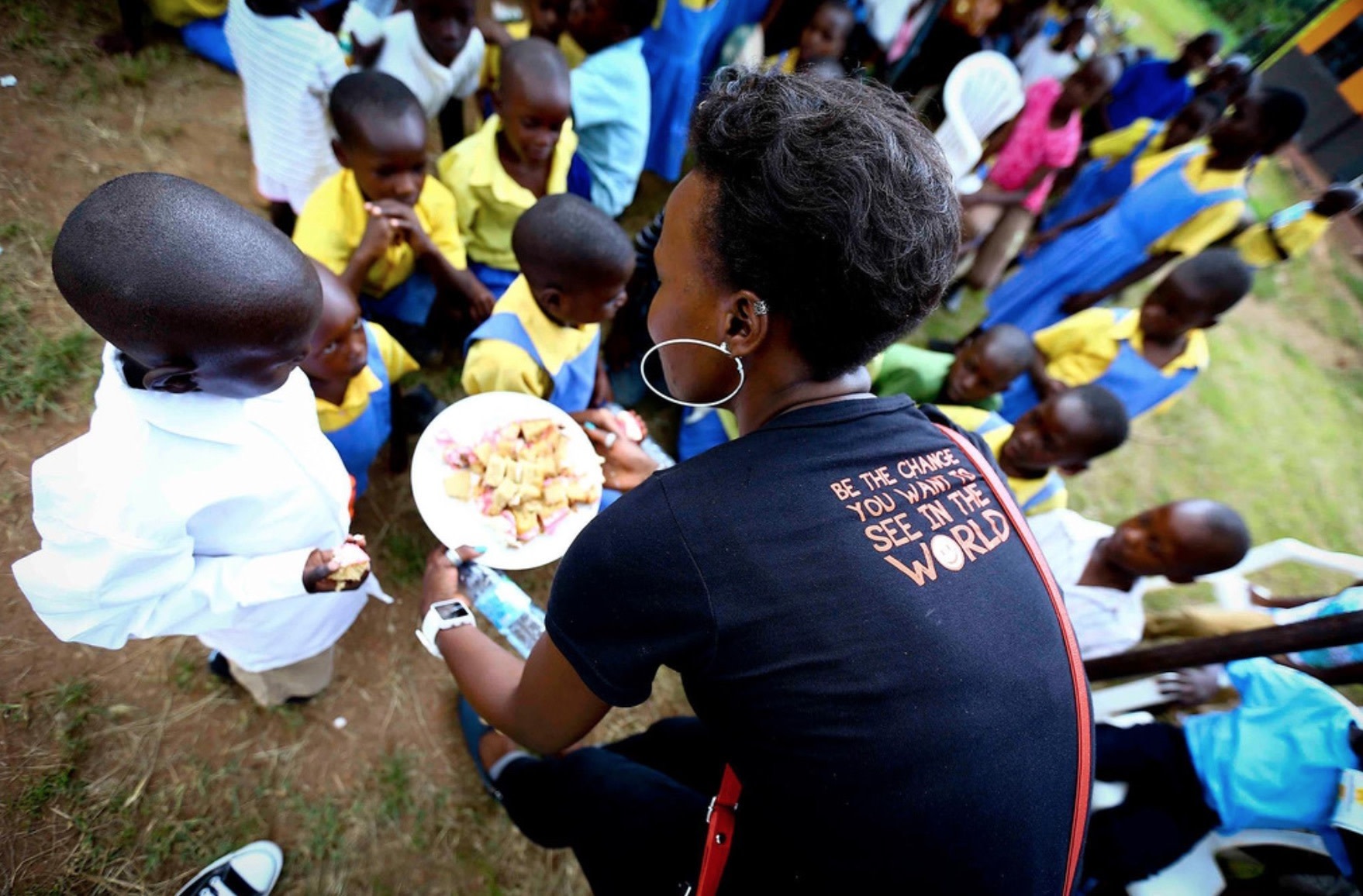 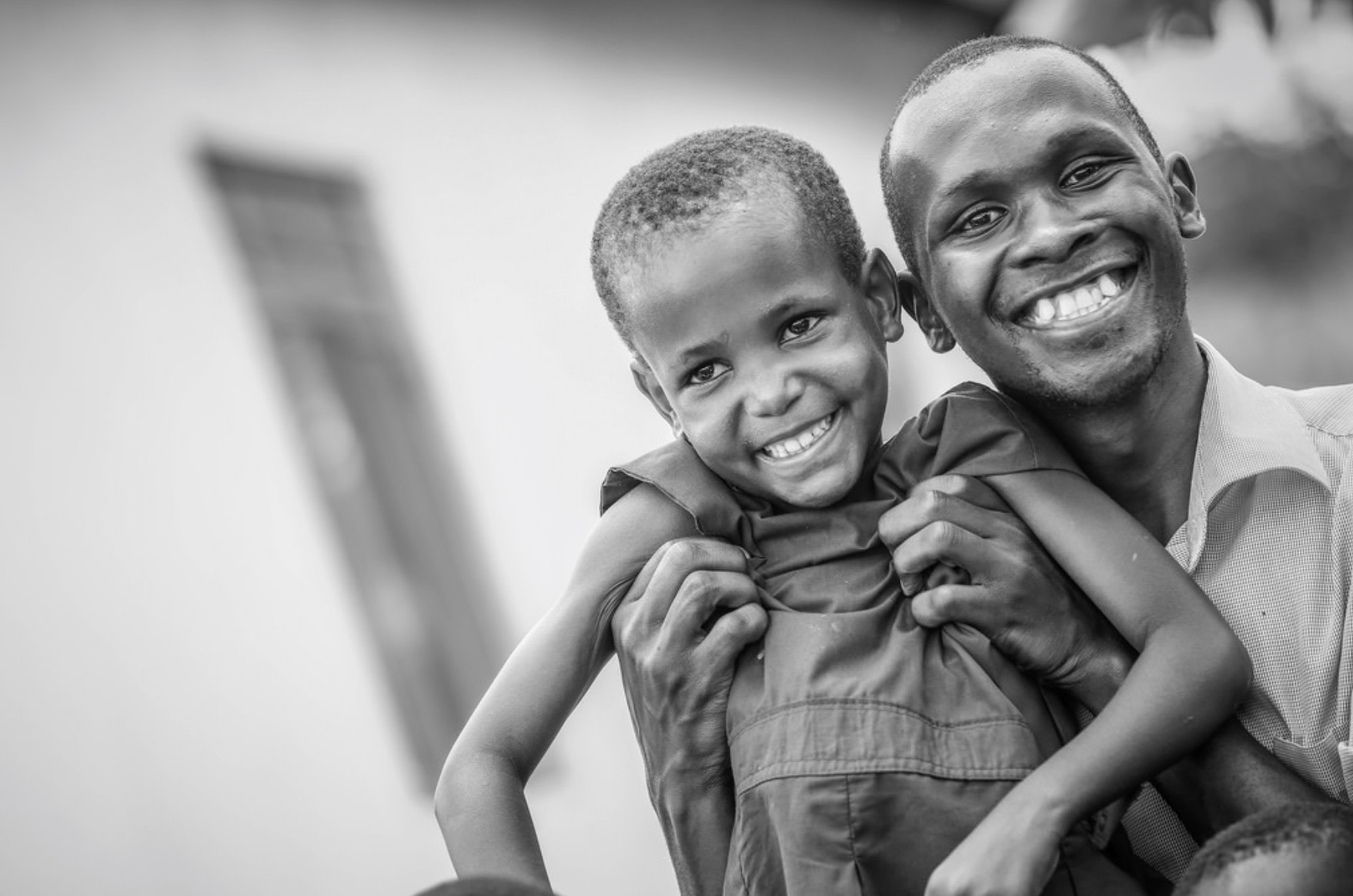 While this might all sound like a rosy story, I will be the first to admit that it has been and still is an incredibly difficult journey. Convincing an African parent, especially, that you would like to follow your passion over a career for which you were educated, is an extreme sport, and then some. This is all before the other labels that society is armed with. In fact, many people in my life still ask when I am going to stop these games and find a real job. It is as painful as it is awakening, because it reminds me to pursue that which sets my soul on fire, even if it isn’t always understood.

It is an awesome journey, watching my baby grow to be raised by the entire village. The people I meet through 4040 inspire me to do more, to be more, to be kinder and I would not trade it for anything.

Founder of 40 days over 40 smiles, Mover and Shaker & Magic Maker 🌈 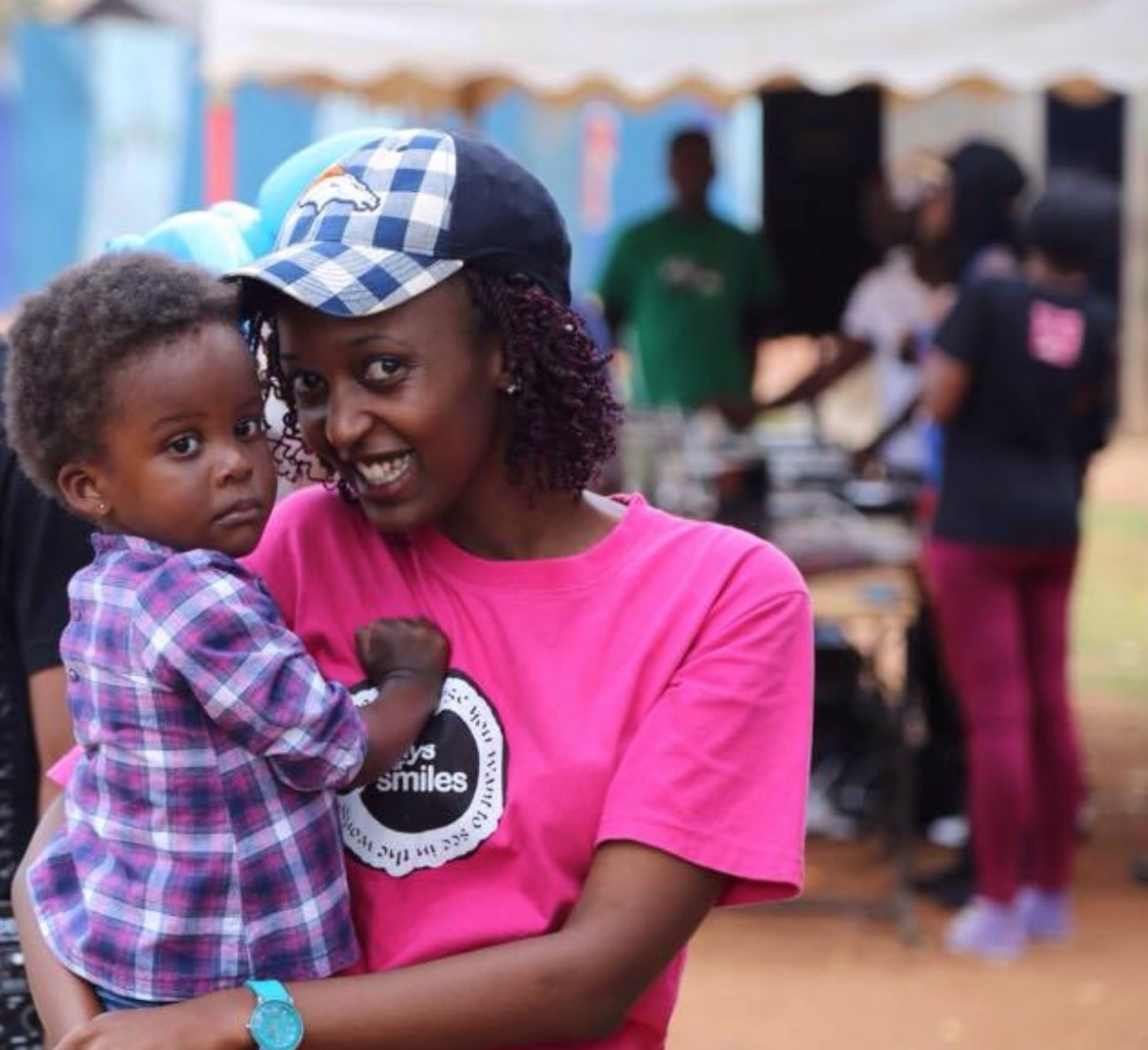 "I had never felt so alive as I did spending time with these children and realising the opportunity we had to impact their lives. The next year, I decided to register 40 days over 40 smiles Foundation (4040) as a non-profit. Soon after, I quit my job in marketing and business development, to pursue this new dream, full time."
keyboard_backspace Back to Stories