A murmur deep within: The less travelled road that leads me home

The Tropic of Capricorn runs through the Northern Territory, a land less travelled than the rest of Australia. Roughly the size of Spain, France and Italy combined, it even has different climates: tropical in the north and desert country towards the south. This vast land, with its striking red earth, is the place AIME’s Shaun Edwards calls home. He spent the month of December there, and has written an ode to his homeland.

The road less travelled takes me home. It takes me to a place of vast open lands, cool ocean breeze and wilderness. The Northern Territory gave me the foundations I would need to thrive in a changing world. Its blissful multiculturalism gave me an insight into the now. My youth on this land gave me time to explore, time to create, time to be.

The complexity and richness of the Territory culture resides in the mix of heritage found here. Parts of my family have roamed this land since the beginning of time, whilst other ancestors arrived only a few generations ago, fleeing war-torn Germany and Europe. From Asia, to the North, came migrants in search of wealth during the Pine Creek gold rush in 1871. But with Captain Cook's fleet landing in Sydney in 1770, some 2,500km to the south-east, and given that the Northern Territory has always been a difficult land to master, its Indigenous culture endures and is still practiced in strength here today. The remoteness of its lands such as Kakadu or Utopia, where resources and modern day practices do not easily travel, presents opportunities to experience how people may have lived generations ago.

As December dawns and the holiday spirit begins, new life is breathed into the “top-end’s” sultry air. December is humid, hot and tense. Every year, the ‘build-up’ to the wet season brings spikes in humidity as locals wait for the rain. The monsoonal weather offers rain from the heavens only after a month of sweat and tears through the build-up. Beaches caress the coastline of the city of Darwin, but saltwater crocodiles have been around since the beginning of time and stop locals from escaping the humid breeze in the salty ocean. The wet season runs from December till March and brings electric storms unrivaled around the world. Thunder and lightning are the entertainment for the next few months. The mouths of river systems fill up almost overnight with some of these downpours. In December this is what we wait for: the rain.

Some days it is nearly impossible to stay indoors, with the lure of the outback pulsing in the back of your mind. Natural water holes offer a refreshing escape from the high humid weather. There is no better place to escape the heat than Litchfield Park. Lush green wetland hugs the waterfalls as they fill the pools below with cool water for everyone to enjoy. 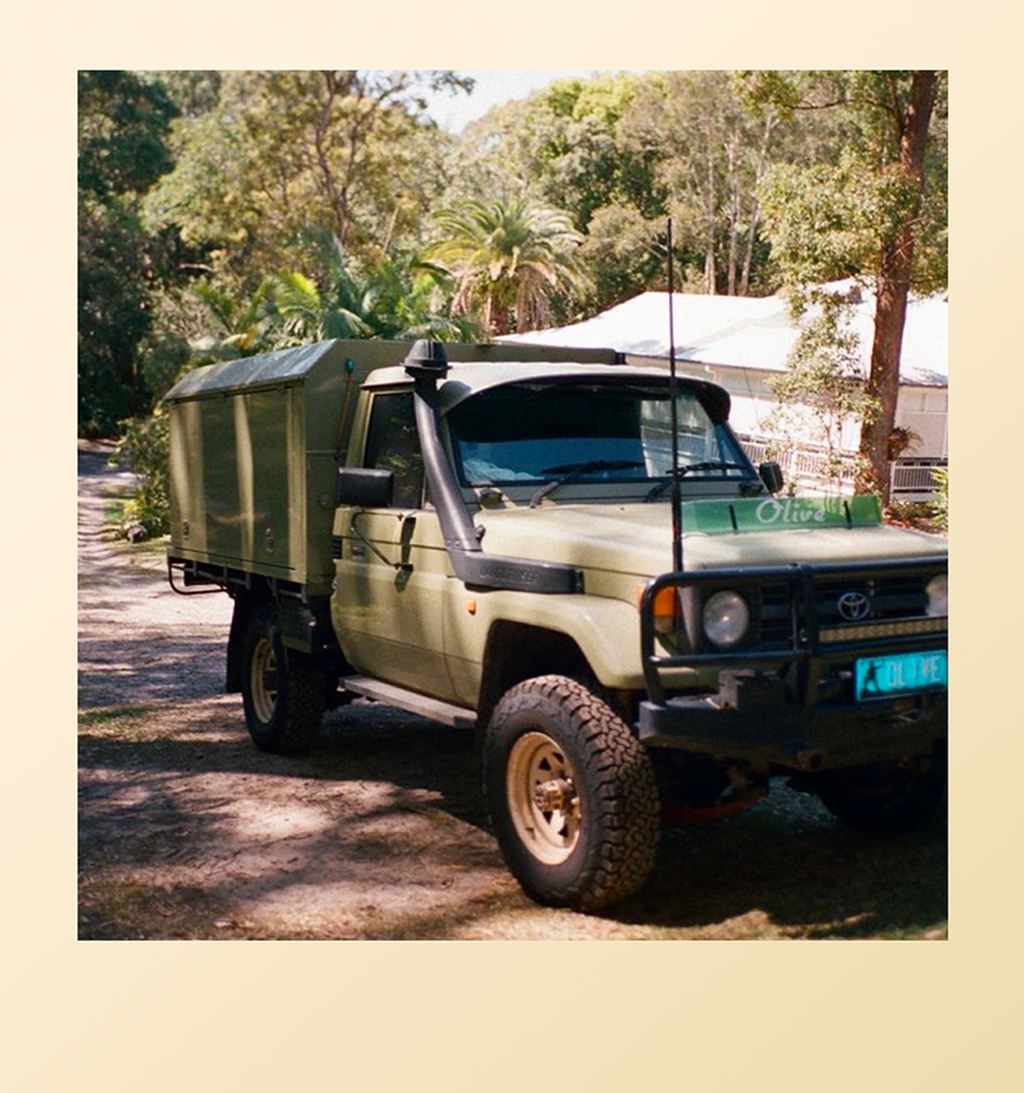 Each December is goose-hunting season. Geese are a native bird here, residing in the wetlands. They bring the community together in one common goal - to hunt, prepare and eat the native bird. Early in the morning, the famous Toyota Land Cruisers are loaded with eager family members all ready to play their role in the hunt. Shotguns are carefully loaded in the “ute” as families bond over the thrill of hunting as Indigenous locals have been doing for thousands of years. Locals slip into the croc-infested swamp waters to shoot Christmas lunch whilst other members of the family are eagerly preparing the fire to pluck the goose and cook the feast. I’ve been all over the world as this is an experience that brings me home, makes me feel at peace, and one I know binds the community together.

December 2019 - Mindil Beach, NT - Summer gusts push the palm trees over as if they were going to topple. Image: Shaun Edwards.

Family is everything and time together is what’s most precious during the Christmas and holiday period. Large families can be seen spending time witnessing the breathtaking sunset over Mindil Beach, waiting for the fireworks on New Year’s Eve, or down at the local footy watching their beloved football club.

I’ve spent the last two years on the road, travelling around the world, exploring new lands, but there is one place that continuously calls to me: the Northern Territory, my home.

I hear it murmur deep within: “Run to the road less travelled. Seek where the land meets the ocean. Find the openness and realise our opportunity to observe, grow, to love and return home.”

Shaun x
keyboard_backspace Back to Stories